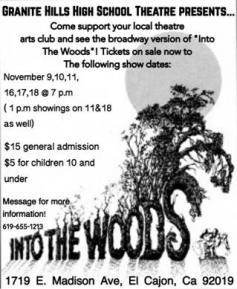 "Into the Woods" was first performed here at the Old Globe in 1986 before it went on to Broadway in 1987.  With music and lyrics by the unparalleled Stephen Sondheim and a book by James Lapine, it was a huge hit and won several Tony awards.  At times funny and touching, the story is a mash-up of favorite fairy tales and familiar characters, such as Jack (and the Beanstalk), Rapunzel, Cinderella and Little Red Riding Hood.  In the first act you think you know the story, but the second act reminds us that life is full of surprises and things don't always turn out the way you had planned.