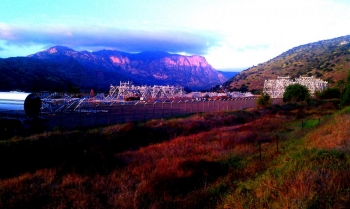 “Even though he refused medical attention, he was strongly encouraged to go to the hospital, via ambulance, for precautionary reasons,” Deborah Tate with PAR Electric told ECM. “After being examined at the hospital, he was informed that he has 8 broken ribs [and] a separated shoulder.”

According to Deborah Tate, the man was working on a section of a tower that was laying down on its side in the Helix Yard, when he slipped and fell 10 feet. Incident Page Network yesterday reported the distance was estimated at 20 feet.

The worker remained hospitalized overnight for observation, Tate said, adding, “There are no internal injuries and he is expected to have a full recovery.”