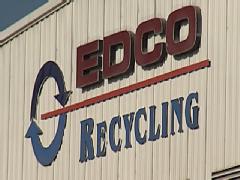 January 1, 2012 (Lemon Grove)—A worker cleaning a packing machine at the EDCO disposal plant in Lemon Grove yesterday afternoon was crushed and injured severely when the machine accidentally up.  According to ECM news partner 10 News, the 57-year-old man may have been in the machine for 10 to 15 minutes before anyone realized he was inside.

Heartland Fire & Rescue in Lemon Grove responded to the emergency, along with San Diego Sheriff’s officials.  A spokesman for Heartland told ECM last night that the man was breathing when found, but had no update on his condition.  The victim was rushed by paramedics to Scripps Mercy Hospital.