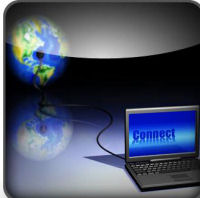 July 6, 2011 (San Diego’s East County) -- ECM World Watch helps you be an informed citizen about important issues globally and nationally. As part of our commitment to reflecting all voices and views, we include links to a wide variety of news sources representing a broad spectrum of political, religious, and social views.

OBAMA TO MEET CONGRESS LEADERS THURSDAY ON DEBT
July 5, 2011 (Reuters)--President Barack Obama rejected proposals on Tuesday for a short-term deal to raise the U.S. debt limit and pressured congressional leaders to reach a broad agreement within two weeks to avoid a government default by August 2
http://www.reuters.com/article/2011/07/05/us-usa-debt-idUSTRE7646S620110705
SYRIANS STAGE MASS PROTEST IN HAMA
July 1, 2011 (Christian Science Monitor)--The site of a notorious 1982 massacre that quelled an uprising saw protesters come out in force, demanding the regime of Bashar al-Assad be brought down.

POLAND TAKES OVER EU PRESIDENCY AT TIME OF CRISIS
July 1, 2011 (Reuters) Warsaw, Poland -- Polish Prime Minister Donald Tusk promised "energetic engagement" as he took over the rotating presidency of the European Union on Friday and said the 27-country bloc was facing one of its most difficult moments.

July 1, 2011 (NPR)--The Communist Party in China is celebrating its 90th anniversary. Inside the Great Hall was the official celebration. But in another section of Beijing, one party member used the occasion to protest what he says are corrupt party officials.
http://www.npr.org/2011/07/01/137545861/chinas-communist-party-celebrates-90-years?ft=1&f=3