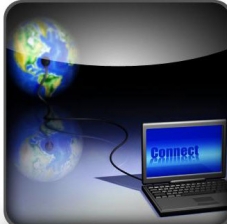 January 17, 2017 (San Diego’s East County) -- East County Magazine's World Watch helps you be an informed citizen about important issues globally and nationally. As part of our commitment to reflect all voices and views, we include links to a wide variety of news sources representing a broad spectrum of political, religious, and social views. Top world and U.S. headlines include:

The leaders of the Senate Intelligence Committee said the panel will investigate allegations Russia used cyber attacks to influence the U.S. presidential election, including any links between Russia and the political campaigns.

The Department of Homeland Security designated 'election infrastructure' among the country's most valuable and critical industries and sectors. That could trigger greater protections at the ballot box against malicious hackers.

If Donald Trump really is compromised, we need immediate action, not media overreach.

Trump "compromising" claims; how did we get here? (BBC)

… The significance of these allegations is that, if true, the president-elect of the United States would be vulnerable to blackmail by the Russians.  I understand the CIA believes it is credible that the Kremlin has such kompromat - or compromising material - on the next US commander in chief. At the same time a joint taskforce, which includes the CIA and the FBI, has been investigating allegations that the Russians may have sent money to Mr Trump's organisation or his election campaign.Claims about a Russian blackmail tape were made in one of a series of reports written by a former British intelligence agent, understood to be Christopher Steele.

President Obama, delivering a farewell address in the city that launched his political career, declared on Tuesday his continued confidence in the American experiment. But he warned, in the wake of a toxic presidential election, that economic inequity, racism and closed-mindedness threatened to shred the nation’s democratic fabric.“We weaken those ties when we define some of us as more American than others,” Mr. Obama said, “when we write off the whole system as inevitably corrupt, and when we sit back and blame the leaders we elect without examining our own role in electing them.”

Similar to "little free library" boxes that are filled with free books, these "blessing boxes" are stocked with food and toiletries for people in need to take — anonymously and whenever they want.

…a round one o'clock in the morning, the actual mugging occurred, and millions of Americans awoke to the news that their newly acquired healthcare—and the newly acquired peace of mind that came with it—was going up in smoke.

Citing the sharp uptick in the number of Cuban migrants to U.S. shores since the 2014 reopening of relations, Homeland Security Secretary Jeh Johnson announced a repeal of the “wet foot, dry foot” policy effectively immediately and that Havana has agreed to amend domestic laws to accept those deported, CBS News’ Margaret Brennan reported.

Federal judge: The FEC isn't considering the L.P.'s arguments that the Commission is unfairly partisan and using illegitimate criteria to exclude third parties.

During a House speech on Thursday by Rep. Maxine Waters (D-CA), C-SPAN was knocked off the air by Russia Today, an English-language network run by the Russian government...Waters was delivering a speech in which she questioned whether the Trump administration’s Securities and Exchange Commission (SEC) can be trusted to act impartially with regards to Russia.

… The iconic American spectacle was felled by a variety of factors, company executives say. Declining attendance combined with high operating costs, along with changing public tastes and prolonged battles with animal rights groups all contributed to its demise.

The U.S. is sending tanks and soldiers to Poland and the Baltic states to counter a perceived threat from Russia. It's part of the biggest U.S. military deployment in Europe in decades.

Mexico's economy minister sent Donald Trump a fighting message: We will retaliate right away if you hit us with a "major border tax."…

Are terrorists crossing the US-Mexico border? Excerpts from the case file. (CS Monitor)

There have been no terror attacks in the US homeland linked to the Mexico border, but the idea of terrorists using the frontier to gain access to the US is not merely hypothetical. / What follows are 10 examples from criminal cases that highlight the issue of terrorism and the US-Mexico border.

Maps by continent, based on CDC data.

At least five people, including four foreigners, were killed and 15 were wounded early on Monday when a shooter opened fire at a nightclub in Mexico's Playa del Carmen resort during the BPM electronic music festival, state officials said…. / Four people were arrested on suspicion of being involved in the incident…. / The BPM festival, which was entering its 10th year, has grown to be one of the biggest electronic music events in the world, with top DJs flying in every January to play the clubs of Playa del Carmen along Mexico's Caribbean coast.

Why is Morocco joining other countries in restricting the burqa? (CS Monitor)

In a notice to local retailers and produces Monday, Morocco banned the production, sale, and import of burqas, citing security concerns.

According to a recent poll by the Palestinian Center for Policy and Survey Research (PCPSR) in Ramallah…. 36 percent of Palestinians now support a single state. Among those, some even say they would be willing to live under Jewish rule, saying they lived better before the PA came, and that Israeli bosses treated them better and paid them on time.