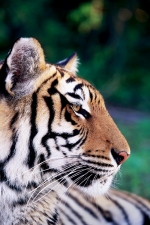 For freshwater fish, it’s even worse. Freshwater species are plummeted by 76% worldwide.

The biggest cause? Humans destroying habitat for consumption at unsustainable levels, the repot concludes.

According to the report, humans are cutting down trees faster than they can regrow, overfishing the oceans, pumping water out of rivers and groundwater aquifers faster than rainfall can replenish them, and pumping out more carbon than oceans and forests can absorb.

Some of the results are startling.  The tiger population in Nepal has dropped from 100,000 a century ago to just 3,000 left today.  Elephants in West Africa have had their range restricted 93% due to humans cutting down forests. 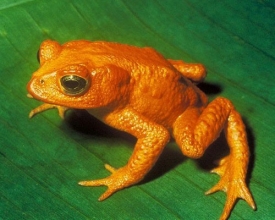 The Golden Toad is among several species believed to have gone extinct in the last decade.

Despite those gloomy findings, there are some bright spots.  In some places, conservation programs are working to preserve wildlife and incentize farmers to protect habitat.

It is unclear to what degree climate change has contributed to the precipitous drop in biodiversity around the globe.  But the report concludes, what is clear is that this is a significant long-term trend in declining species populations—a trend that will take a global effort to reverse.