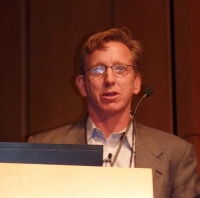 November 15, 2011 (San Diego) – If you’re a high school senior aspiring to go to college, you are eligible to apply for a $47,000 scholarship at www.stop2011.org.  To win, students need to write a 1,000 word essay on why the federal debt is important to young people. The deadline to apply is November 23.

The organization was founded by Scripps Ranch resident Jim Hester, a father of two teens who says he is concerned about students burdened with debt.  Hester has founded an organization to raise awareness of the issue, supported by East County Magazine's nonprofit publisher, the Heartland Coalition.

Finalists will ultimately participate in a speech competition in the spring and write a letter to a local newspaper editor on the topic as well. Scholarship funds will be paid out in several installments, with proof of college registration required to collect.

“Stop taxing our pupils,” says Hester, founder of Stop2011.org.  Speaking at the Forging a Sustainable Futures conference over the weekend, he voiced concern over the $15 trillion U.S. national debt which is rising at $2 million a minute. To dramatize his point, Hester noted that during his brief speech, the debt rose by $43 million.

The problem has arisen through years of Congress cutting taxes while increasing spending, he says, noting that the current Congress remains deadlocked on solutions.  With an aging population and fewer young workers paying payroll taxes, Hester fears there will not be enough money to fund Medicare and Social Security for today’s generation and decries the debt being passed on to future generations for funding the Iraq War and other expenditures.

Hester and his family members created a rap music video to drive home the point for today’s youth.  The video chides both Democratic President Barack Obama and Republican House Leader John Boehmer for failing to find solutions to the debt.  “Show some scruples, stop taxing our pupils,” the video urges elected officials.

Stop 2011 is a project of Project Destination through the nonprofit Heartland Coalition. Hester welcomes donations to the scholarship fund in hopes of ultimately offering multiple student scholarships.

For more information,  to make a donation, or to apply for the scholarship by November 23, visit www.stop2011.org.