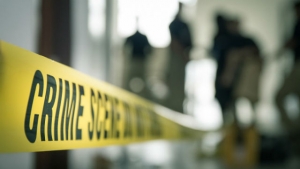 October 1, 2017 (San Diego) - Do headlines on Fox, Breitbart and Drudge about immigrant crime scare you? Do you want to move to safety? Then consider relocating to a big city near the Mexican border.

It turns out that San Diego, Phoenix, Tucson, El Paso and San Antonio have crime rates well below the average for their size, and the two cities located right on the border have the lowest crime rates of the group.

The latest annual FBI report, Crime in the United States, 2016 released on Monday, listed the following rates of violent crimes per 100,000 inhabitants:

In fact, a frequently cited report by the libertarian Cato Institute found that immigrants are less likely to commit crimes and be jailed than native-born Americans.

“Empirical studies of immigrant criminality generally find that immigrants do not increase local crime rates and are less likely to cause crime than their native-born peers, and that natives are more likely to be incarcerated than immigrants,” Cato said.

The study went on to conclude that “even illegal immigrants are less likely to be incarcerated than native-born Americans.”

None of this fits the right-wing narrative of an “American carnage” brought on by illegal immigration. It must be “fake news.”

Instead of carefully analyzing the numbers, the Daily Caller, Newsmax and Washington Examiner would rather publish stories about individual crimes committed by immigrants. Savvy right-wing editors know that readers will draw universal conclusions from just a few well-placed stories. That was President Trump’s strategy in memorializing the victims of immigrant crime during his election rallies.

So where are America’s most dangerous cities? Many are in Trump country. Vice President Mike Pence’s Indianapolis has three times the rate of violent crime as San Diego. Des Moines in bright red Iowa has twice San Diego’s crime rate. And Charleston, WV, in the center of Trump’s revered coal country, has four times the crime rate of San Diego.