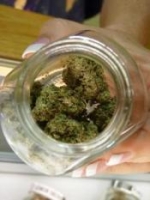 Labor scored a win in Escondido, where a charter city ballot proposition was defeated by a 47.29% to 42.71% margin. Meanwhile in In Santee, a bastion of conservatism, voters approved raising transient occupancy taxes for hotel guests and campers from 6% to 10%, a move expected to generate $239,000 in revenues.

At the request of Padre Dam, which operates Santee Lakes, guests staying over 30 days will be exempted from the Santee tax hike.