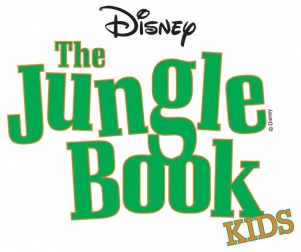 February 15, 2017 (Spring Valley) — Young Adult Theatre (YAT) bring The Jungle Book for Kids to life March 2nd through 12th at the Encore! Theatre (9620 Campo Rd.) in Spring Valley.  The jungle is jumpin' with a jazzy beat in this special adaptation from the classic Disney animated film, featuring a host of colorful characters and your favorite songs from the movie.

Banished by the ferocious tiger, Shere Khan, the boy Mowgli and his panther friend, Bagheera, are on the run in the deepest parts of the jungle. On their journey, the two meet a sinister snake, a herd of elephants and a giant bear named Baloo, who teaches them the swingin' musical rhythms of the jungle. After surviving a dangerous encounter with a band of monkeys led by King Louie, Mowgli and Bagheera are forced to run for their lives and later, rally the jungle animals into battle with Shere Khan to restore peace throughout the jungle.