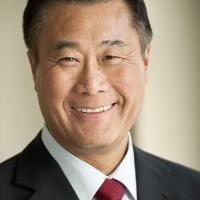 Update: Anderson casts lone vote against suspension of Yee, calls for expulsion from Senate instead.

March 30, 2014 (Sacramento) – Capitol Hill is reeling over charges against Senator Leland Yee alleging corruption and conspiracy to smuggle firearms. The FBI evidence  reportedly includes Yee caught on tape setting up a meeting with an arms broker for an undercover agent,  as well as ties to organized crime leader  Raymond Chow, better known as Shrimp Boy.

Lee, a Democrat and California’s first Chinese Senator, will appear on the June ballot statewide as a candidate for Secretary of State, though he announced his withdrawal after the charges against him were filed.

This is an important position, since the Secretary of State can take steps to protect election integrity – as Bowen did when she decertified voting machines that could be easily hacked. Or conversely, a Secretary of State who engages in partisan politics such as Florida’s Katherine Harris did during a disputed presidential race can cast the integrity of elections into doubt.

On the Democratic side there are two contenders running for California’s Secretary of State seat.

Derek Cressman is the former  Vice President of Common Cause, a nonprofit organization advocating for open and transparent government in the public interest.  Cressman has been outspoken against secret money funding political campaigns—the kind of secret money that Yee was reportedly accepting.

Democratic State Senator Alex Padilla of Los Angeles is also in the race. On Friday, Senator Padilla voted to suspend Yee from the State Senate and has further called on Yee to resign, calling the allegations against Yee “shocking and disturbing.”

On the Republican side of the aisle is Pete Peterson, executive director of the Davenport Institute for Public Engagement at Pepperdine University, which researches current policy issues.

Former Republic strategist Daniel Schnur is also in the race, running as an independent.  He was spokesperson for Governor Pete Wilson and Republican presidential candidate John McCain. He also formerly chaired the California Fair Political Practices Commission and says he wants to see all donations disclosed within 24 hours.

In addition, architectural designer David Curtis is running on the Green Party ticket. Curtis sees a need to break the two-party system to halt corruption in government-- says his donations are being reported in real time online to provide full transparency to voters.

In the State Senate, ironically Lee  was best known for his efforts to strengthen open records, government transparency and whistleblower protection laws.

Late last week, Yee's Senate colleagues voted to suspend him, with pay, along with two other Senators involved in criminal proceedings, one of whom was convicted.  One of these, Rod Wright, was convicted of filing a false voter registration at an address not in his district.  The third, Ron Calderon, is facing corruption charges.

The suspensions are with pay; Senate leader Darrell Steinberg has said there is no provision in the Senate to suspend without pay.

The lone vote cast against the suspension of Yee was East County's Senator Joel Anderson (R-Alpine), who told ECM on Saturday that the measure did not go far enough.  He supports expulsion of the members instead of "more paid holidays for bad behavior...If you reward bad behavior, you'll get more of it." View video of Anderson's floor speech here: http://www.youtube.com/watch?v=Nqww9Zbp7pM

Contrary to the editor's comment that the Sen Lee case supports the argument against accepting gracefully the Supreme Court's recent decision on campaign financing, the Lee case boils down to a crook having been elected to public office and then exploiting that office for his own financial gain. A sad tale to be sure, but not connected to the Supreme Court case. Richard Campbell, El Cajon
Richard - I was unclear in my remarks. What I meant was that the prior case, Citizens United, opened the door for unlimited money to be poured into campaigns, upping the ante for those running for office. Some commentators who cover the state capitol have suggested that pressures for more and more campaign money are pushing candidates for higher office (Yee was running for secretary of state) to resort to unscrupulous tactics to raise it. You are correct that the current decision had nothing to do with Yee's lawbreaking, and came down after his alleged criminal conduct. Though eliminating further limits on shadowy campaign donations will likely fuel even more corruption. Would Yee have done this stuff if we had, say, public funding of campaigns and an equal shot at exposure for all candidates? Who knows.