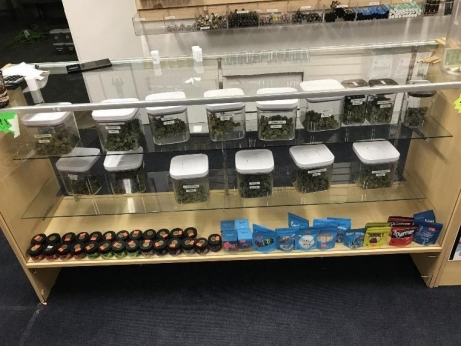 More than 300 pounds of marijuana and marijuana products, $1,500 in cash, display cases and paraphernalia were seized during yesterday’s warrant search.

Deputies had originally served a search warrant at The Green Room back on January 31st.  Following up on the initial investigation, deputies learned the business was continuing operations as an illegal marijuana dispensary.
An armed security guard was cited for having an unsecured firearm in his car.  The gun was also seized by deputies.
San Diego County Code Compliance, SDG&E and a San Miguel Fire & Rescue Deputy Fire Marshal were also on-scene to inspect the business.  The Deputy Fire Marshal noted a number of violations and issued a notice of violation along with a stop work order.  Code Compliance noted a number of ordinance violations and is conducting their own investigation.
Due to these violations, SDG&E shut off power to the business.
The warrant follows community concerns about illegal marijuana dispensaries operating near schools and residential areas. 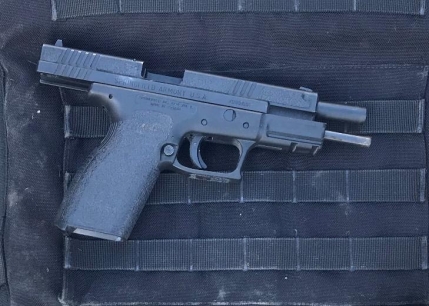 “We want to assure those we serve the San Diego County Sheriff's Department is listening to the community and recognizes the negative impact illegal marijuana dispensaries have on our neighborhoods,” a statement issued by the Sheriff’s department reads. “These unregulated facilities attract criminals involved in other illicit drugs, and are often the catalyst for violent crime, property crime, and financial crime that affect residents and other local businesses.  Products sold at unlicensed facilities are cultivated and manufactured using processes which may be harmful to consumers and are often marketed to children, creating a public safety hazard.”
The County Board of Supervisors recently allocated $500,000 to help with enforcement of unlicensed marijuana dispensaries in unincorporated San Diego County, a proposal introduced by Supervisor Joel Anderson, funds aiding in the beefed-up efforts to crackdown on dangerous and illegal operators.