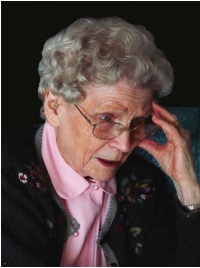 Since Congress failed to pass a spending bill by the September 30th deadline, funding stops for many government services.  This occurred because House Republicans are refusing to approve any spending bill to keep the government operating unless it includes taking all funding away from federal healthcare reforms.  Democrats control the Senate, which has refused to approve such a measure and President Obama has said he would veto it even if the Senate passed it.

So how might this impact you or your family?

Up to a million federal workers have been furloughed, off without pay. That is expected to impact defense contractors, a major industry in San Diego.

Members of Congress, however, will still get paid. Federal air traffic controllers will remain on the job at airports.  So will firefighters with the U.S. Forest Service, for now.

Social Security, unemployment and disability checks will still be issued, but field offices will have only limited services so new applications could be delayed.

Food Stamps will be distributed and school lunches will be served. But the Supplemental Program for Women, Infants and Chlidren (WIC) will be shut down, though some states may have enough funds to keep it open for a few days.

Military personnel must remain on duty – but if the shutdown lasts past October 15 their paychecks could be delayed.  About half of all the civilian employees with the Defense Department will be furloughed.

Federal courts are open for now, but may stop hearing cases if the shutdown lasts beyond October 15.

The Medicare program will continue but expect long waits, since 52% of staff will be furloughed.  Flu shots won’t be happening either, since the Centers for Disease Control’s annual seasonal flu program is closed.

Major federal websites have gone dark, including the U.S. Department of Agriculture , the U.S. Forest Service and the National Parks Service.  All national parks and national forests are closed, including rails and campgrounds in Cleveland National Forest locally.

E-Verify is also offline. E-Verify enables busineses to check whether job applicants can legally work in the U.s.

If you’re buying a house, expect delays indefinitely in getting any government backed mortgages, such as FHA or VA loans approved until the shut down ends.  The Federal Housing Administration guarantees about 30% of home mortgages nationwide.

Action on government-backed loans for small businesses are suspended.

The food and Drug administration is suspending routine food safety inspections, except for meat.

Grants for Head Start programs, which help poor children, will not be renewed.

The IRS has shut down all taxpayer services, including toll free help lines.

Most Border Patrol and Homeland Security personnel will remain on the job and green card applications will still be processed by the US Citizenship and Immigration Services.

But funding for refugee services is up in the area ;petitions for political asylum and immigration are expected to be delayed as well.

Many Veterans Affairs services will continue but appeals over disability benefits will not be decided until the shut down is over.

OSHA will stop inspecting workplaces for health and safety, except in cases of imminent danger.

If the shutdown is extended a full month, the US would default on its federal debt, causing foreign investors to lose confidence in America’s economic strength and ability to pay back loans. That could trigger higher interest rates from foreign lenders and stop foreign investors from buying U.S. bonds