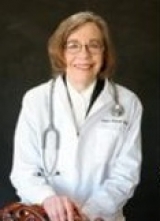 CDC is in high gear, with politically correct advice on Zika. Meanwhile, cases of dengue in Mexico have topped 10,000. Dengue is caused by a related but far more serious virus, carried by same Aedes aegypti mosquito. And 78,000 people in Africa die every year of another relative, yellow fever. The vector was coming under good control decades ago, but is reemerging now. Asking “why” should be the main response to Zika.

April 27, 2016 (San Diego) -- According to the World Health Organization (WHO), Zika is, like Ebola, a Public Health Emergency of International Concern. Now the U.S. Centers for Disease Control and Prevention (CDC) has stated that it is “clear” that the Zika virus causes a serious birth defect, microcephaly (small head).

CDC publishes a scary interactive map of cases diagnosed in the U.S. The highest number (78 yesterday, 82 today) is at the moment in Florida, colored an ominous brown.

CDC is in high gear, with politically correct advice on Zika. Meanwhile, cases of dengue in Mexico have topped 10,000. Dengue is caused by a related but far more serious virus, carried by same Aedes aegypti mosquito. And 78,000 people in Africa die every year of another relative, yellow fever. The vector was coming under good control decades ago, but is reemerging now. Asking “why” should be the main response to Zika.

Instead the advice seems to be: “Don’t travel, don’t have a baby, don’t let a mosquito bite you, stop climate change”—and give the authorities billions of dollars for a crash vaccine development program.

What should people do about Zika?

First, don’t panic. It’s not Ebola. Ebola and Zika are alike in that they were first recognized in Africa decades ago. Also, there is no cure or vaccine for either. But while Ebola has killed thousands, Zika has likely not killed anyone. Symptoms, if any, are mild: a few days of fever, rash, joint pains, and red eyes. Ebola is extremely contagious through personal contact. Zika is primarily transmitted by mosquito, although it may be carried in semen.

The main problem with Zika is that, like rubella (German measles), it can apparently cause birth defects. (Rubella can cause microcephaly.)

Zika virus has been found in the brain of a few babies born with microcephaly. But two things are very clear: MOST microcephaly is NOT caused by Zika. About 7 of 10,000 babies born in the U.S. have microcephaly—no thanks to Zika. Most (more than 90%) of the Brazilian babies recently confirmed to have microcephaly tested negative for Zika.  (Zika Virus was demonstrated in only 41 of 462 (9%) of cases of confirmed microcephaly not attributable to another cause, the Wall Street Journal reported on Feb. 16, 2016.

Additionally, MOST mothers who have Zika during pregnancy give birth to a normal, healthy baby. (See Nature  Dec. 11, 2015)   In the 2013-2014 ZIKV outbreak in French Polynesia, which affected 66% of the population, less than 0.5% of pregnancies resulted in a baby with microcephaly, according to a study published in The Lancet March 15, 2016.

Mothers in northeastern Brazil also had a lot of other problems, including malnutrition, heavy exposure to toxic agricultural chemicals, and an aggressive vaccination campaign.

Panic can cause people to do things that might make the problem worse. For example, New York State’s Zika prevention kits contain the mosquito repellent DEET, which is absorbed through the skin. It is not known to be safe in pregnancy. Some animal studies have shown nerve toxicity.

And what about vaccines? A March 22/29 JAMA article is entitled: “Pregnancy in the Time of Zika: Addressing Barriers for Developing Vaccines and Other Measures for Pregnant Women.” One barrier is “lack of a broadly accepted ethical framework” for clinical research during pregnancy. Basically, to test whether something harms a developing baby, you have to try it out on developing babies and see whether they are hurt.

A registered clinical trial that sought 50 pregnant volunteers to test Tdap (adult tetanus, diphtheria, acellular pertussis) vaccine—in Vietnam—was scheduled for completion in 2015. But Tdap had already been given to thousands of Brazilian expectant mothers some months before reports of microcephaly started to surface. There was no control group of unvaccinated women. It was not, after all, research, but a public health response to an increase in pertussis (whooping cough) cases.

A Zika vaccine would likely be a live virus, and all live virus vaccines are contraindicated in pregnancy—and possibly while nursing. That includes measles, mumps, rubella, chickenpox, shingles, and rotavirus. There is a case report of a nursing infant who got meningoencephalitis, probably from yellow fever vaccine virus. Nursing Labrador puppies got canine distemper, a relative of measles, after their mother got a booster shot.

WHO and CDC are quick to indict Zika virus, which might eventually turn out to be an innocent bystander. But the chief culprit is known: a breakdown in vector control.

In 1970, the safest and most effective public health weapon in history—DDT—was banned by the U.S. Environmental Protection Agency (though environmental damage was alleged). In the 1990s, Mexico agreed to abandon its DDT program as a condition of NAFTA. Mosquitoes travel.

Alarm about Zika will be a public relations exercise, covering the waste of millions of human lives and billions of dollars on ineffective or harmful campaigns, if it does not open a discussion of why diseases on their way out in the 1970s are coming back now.

Jane M. Orient, M.D. obtained her undergraduate degrees in chemistry and mathematics from the University of Arizona in Tucson, and her M.D. from Columbia University College of Physicians and Surgeons in 1974. She completed an internal medicine residency at Parkland Memorial Hospital and University of Arizona Affiliated Hospitals and then became an Instructor at the University of Arizona College of Medicine and a staff physician at the Tucson Veterans Administration Hospital. She has been in solo private practice since 1981 and has served as Executive Director of the Association of American Physicians and Surgeons (AAPS) since 1989. She is currently president of Doctors for Disaster Preparedness. Since 1988, she has been chairman of the Public Health Committee of the Pima County (Arizona) Medical Society.

She is the author of YOUR Doctor Is Not In: Healthy Skepticism about National Healthcare, and the second through fourth editions of Sapira's Art and Science of Bedside Diagnosis, published by Lippincott, Williams & Wilkins. She authored books for schoolchildren, and Professor Klugimkopf’s Spelling Method, published by Robinson Books, and coauthored two novels published as Kindle Professor Klugimkopf’s Old-Fashioned English Grammar books, Neomorts and Moonshine, More than 100 of her papers have been published in the scientific and popular literature on a variety of subjects including risk assessment, natural and technological hazards and nonhazards, and medical economics and ethics. She is the editor of AAPS News, the Doctors for Disaster Preparedness Newsletter, and Civil Defense Perspectives, and is the managing editor of the Journal of American Physicians and Surgeons. http://www.aapsonline.org/

for this. I've commented along these lines before but the difference here is that you actually know what you're talking about, which is another giant scam to get lots of money by unduly scaring lots of people....Alarm about Zika will be a public relations exercise (worth repeating)