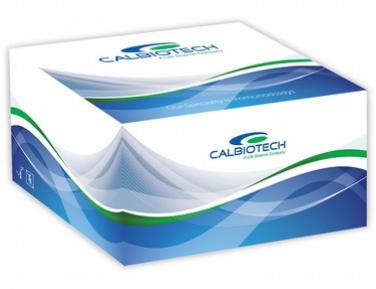 April 4, 2016 (Spring Valley) - A Spring Valley company, Calbiotech Inc., just announced that it has come out with the United State’s first immunoassay kits to detect antibodies against Zika virus in human blood.

Zika virus was first isolated in 1947 in a rhesus money during a yellow fever study in Uganda’s Zika forest. The virus has since spread via the yellow fever mosquito, or Aedes mosquito, to tropical and subtropical regions around the world.

Officials estimate half a million to 1.5 million people have contracted Zika virus in Brazil alone. As of March of this year, Zika has spread to over 40 countries, including 273 cases in the U.S.

David Barka, vice president of Calbiotech, says, "I am proud of our team’s collective effort to work quickly and diligently to develop this very important diagnostic tool that will aid doctors and researchers in their efforts to control this outbreak.”

Zika virus infection causes no symptoms in many patients, making it very difficult to assess an early diagnosis. When illness does occur, symptoms are usually mild, with exanthematous rash, fever, conjunctivitis or arthralgia. Only 20% of people infected show any of those symptoms, which last for several days to a week after being stung by an infected mosquito.

But recent studies indicate that Zika virus can cause abnormal development in fetuses, resulting in miscarriage or severe microcephaly, a serious condition in which the baby’s head and brain are severely underdeveloped. Due to the potential link between Zika virus infection and microcephaly, the World Health Organization (WHO) in February declared a Public Health Emergency of International Concern.

According to the Centers for Disease Control (CDC), there are multiple cases of Zika virus being transmitted from person to person, typically through sexual contact or from mother to child during pregnancy or birth. Both of these scenarios emphasize the importance of an accurate and accessible diagnostic.

Calbiotech Scientific Director Yonas Yohannes observes, “The Summer Olympics in Brazil, combined with the upcoming mosquito season, may accelerate the spread of Zika virus to a global scale. As the disease spreads, more efficient diagnostics will be needed.”  The company is working on developing additional ways to advance critical diagnostics to stem the spread of Zika, she added.

Calbiotech’s Zika Virus (IgG and Zika Virus IgM ELISA) kits can determine if a patient is infected using only 10 microliters of serum or plasma, delivering results in only 50 minutes. These easily automatable tests are highly sensitive to Zika virus and show minimal cross-reactivity to other flaviviruses. Calbiotech is in the application phase for an Emergency Use Authorization from the U.S. Food and Drug Administration (FDA) and is currently offering these products for Research Use Only.

Calbiotech is collaborating with partners and government agencies in the U.S. and Brazil to aid in the implementation of these tests. Additionally, Calbiotech is also developing a Zika virus diagnostic based on its proprietary MagCLIA™, magnetic bead platform technology, which aims to offer enhanced sensitivity and will be compatible with high throughput, automated random access immunoassay analyzers to help diagnose Zika virus.