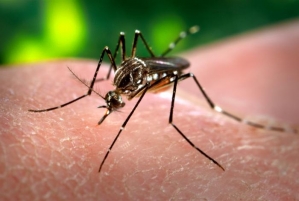 May 4, 2016 (San Diego’s East County) -- Top health officials now warn that Zika Virus is even worse than you thought. The World Health Organization recently confirmed that an alarming number of cases of microcephaly in Brazil are caused by the Zika Virus.

The cases are more severe than seen elsewhere – causing not only shrunken skulls and brain damage in infants, but actually liquefying key portions of the brain. Not only that, but Zika is now blamed for other neurological damage, including Guillain Barre Syndrome, that can cause paralysis.

The disease has spread rapidly throughout South and Central America, Mexico and the Caribbean. In the U.S. there are two species of mosquitoes that can carry Zika virus – and they are now found in at least 30 states.  Both have been found locally in San Diego County, where officials are investing in an aggressive mosquito eradication program.  Zika has also been transmitted through sexual relations.

Puerto Rico is the first U.S. location to have Zika virus transmitted locally, and recently a death occurred, though death from Zika is unusual except in cases of newborn infants infected in the womb.  Health authorities say that Puerto Rico alone could face hundreds of thousands of Zika cases and a public health crisis if many women now pregnant and diagnosed with Zika give birth to severely brain-damaged babies.

The Obama administration back in February proposed $1.9 billion in emergency funding for Zika preparedness, but the Republican-controlled Congress has blocked that funding.

Dr. Anne Schuchat, deputy director at the U.S. Centers for Disease Control and Prevention, says, “"Everything we look at with this virus seems to be a bit scarier than we initially thought. And so while we absolutely hope we don't see widespread local transmission in the continental U.S., we need the states to be ready for that.

If Congress won’t allocate the money, then officials may be forced to take money already allocated for other important public health programs, such as research into developing better flu vaccines or finding cures and treatments for other diseases.

The biggest concern over Zika is its impact on unborn babies –and new research finds that it can cause damage in later stages of pregnancy, not just the first trimester.

Public health experts are concerned that the summer Olympics in Brazil, the hardest hit country by Zika’s most severe complications, could increase the number of cases as travelers infected with Zika return home to other countries and perhaps spread Zika through sexual contact.