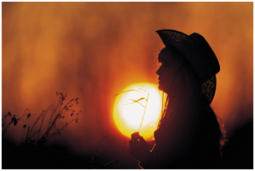 The average precipitation total for the contiguous U.S. for 2012 was 26.57 inches, 2.57 inches below average, making it the 15th driest year on record for the nation. At its peak in July, the drought of 2012 engulfed 61 percent of the nation. The dry conditions proved ideal for wildfires in the West, charring 9.2 million acres — the third highest on record.

2012 included 11 disasters that have reached the $1 billion threshold in losses, including Hurricanes Sandy and Isaac,  as well as tornado outbreaks experienced in the Great Plains, Texas and Southeast/Ohio Valley. Note: The Annual Climate Report for the United States has several pages of supplemental information and data regarding some of the exceptional events 2012.

Every state in the contiguous U.S. had an above-average annual temperature for 2012. Nineteen states had a record warm year and an additional 26 states had one of their 10 warmest.

Winter warmth limited snow with many locations experiencing near-record low snowfall totals. The winter snow cover for the contiguous U.S. was the third smallest on record and snowpack totals across the Central and Southern Rockies were less than half of normal.

The warm spring resulted in an early start to the 2012 growing season in many places, which increased the loss of water from the soil earlier than what is typical. In combination with the lack of winter snow and residual dryness from 2011, the record warm spring laid the foundation for the widespread drought conditions in large areas of the U.S. during 2012.

The above-average temperatures of spring continued into summer. The national-scale heat peaked in July with an average temperature of 76.9°F, 3.6°F above average, making it the hottest month ever observed for the contiguous United States. An estimated 99.1 million people experienced 10 or more days of summer temperatures greater than 100°F, nearly one-third of the nation’s population.

Autumn warmth in the western U.S. offset cooler temperatures in the eastern half of the country. Although the last four months of 2012 did not bring the same unusual warmth as the first 8 months of the year, the September through December temperatures were warm enough for 2012 to remain the record warmest year by a wide margin.

The wildfire activity of 2012 supplanted 2011's rank as third most acres burned, behind the 2006 and 2007 seasons. Although the number of fires was below-average, the size of the fires was notably increased. The annual fire size of 137.1 acres was the most since 2000 for any January through December period, which was about 1.5 times the 10-year average (based on 2001-2010).

The State of the Climate Report is a collection of monthly summaries recapping climate-related occurrences on both a global and national scale. The report is composed of the following sections: