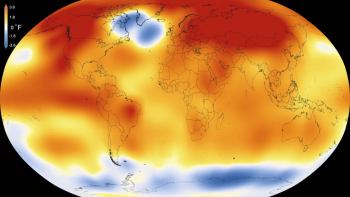 “Climate change is the challenge of our generation, and NASA’s vital work on this important issue affects every person on Earth. Today’s announcement not only underscores how critical NASA’s Earth observation program is, it is a key data point that should make policy makers stand up and take notice - now is the time to act on climate.” – NASA Administrator Charles Bolden

January 26, 2016 (San Diego)--2015 was the warmest year worldwide since modern record-keeping began in 1880, according to a new analysis by NASA’s Goddard Institute for Space Studies and a separate analysis by the National Oceanic and Atmospheric Administration (NOAA).