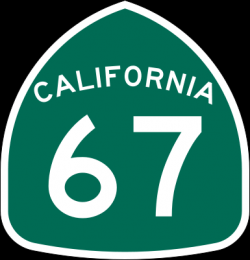 June 27, 2015 (Ramona) – A 21-year-old Ramona man driving a new 2015  Honda Civic was struck head-on Friday night at 10:34 p.m. on State Route 67.  A Kia driven by a 16-year-old San Diego teen with a provisional driver’s license crossed the center line after the driver lost control.  The two drivers, along with a 16-year-old passenger in the Kia, all sustained serious injuries.

The Kia driver told police that he lost control of the vehicle when it crossed into the northbound lane and struck the Honda.

According to the Poway Sheriff’s Traffic Division, which is investigating the collision, it appears that alcohol or drugs were not involved.