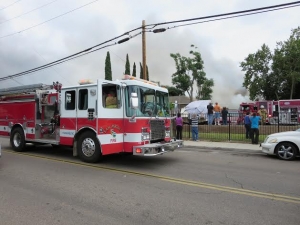 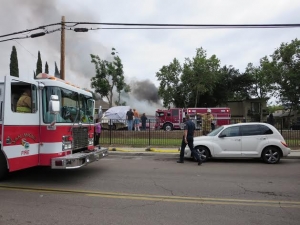 Thick, black, nauseous smoke could be seen and smelled from a long way off.

As I approached the scene, the first fire trucks and personnel were just beginning to set up their equipment to suppress the blazing inferno.

Bright orange flames danced skyward as they consumed homes. Two of the four units were heavily damaged and the other two sustained smoke and minor damage.

Yet a quick response time by firefighters, coupled with skilled fire suppression, kept the flames from devouring more residences.

Five adult residents were displaced and the Red Cross assisted them.