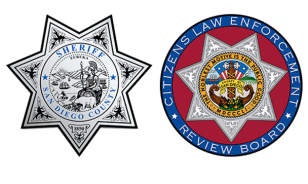 February 14, 2022 (San Diego) – Less than two weeks after the resignation of Sheriff Bill Gore, Acting Sheriff Kelly Martinez has approved a process for trained Citizen's Law Enforcement Review Board (CLERB) staff to respond to death scenes in county jails as well as deputy-involved shootings that result in a fatality or where death is likely.

The move comes after an October 18 recommendation by the CLERB to the San Diego County Sheriff’s department to allow such access.

After a thorough review and in consideration of maintaining the integrity of criminal investigations that may arise from these incidents, Acting Sheriff Martinez concluded that fostering public trust means the Sheriff's Department must have investigations that are clearly understood, using a credible process and independent investigators.

She says, "It is crucial that we have transparency in our work."

He says, “CLERB will now conduct truly independent death investigations, which will result in more accurate findings and, if applicable, more relevant policy and procedure recommendations.”

A press release from the Sheriff’s department states, “We appreciate the mission of the CLERB and look forward to continuing to support our mutual goal of instilling trust between the Sheriff's Department and the communities we serve.”

are you saying Sheriff Bill Gore did not want this? what a surprise. what are the old boys going to do now?