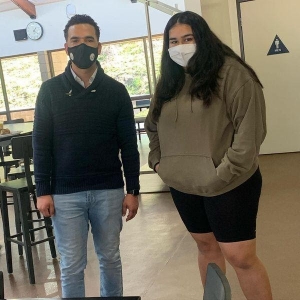 San Diego County child welfare officials were alerted by California regulators that the school would be closing by October of this year.

San Pasqual Academy is a county-run boarding school in Escondido for foster youth, uniquely positioned between supervisorial District 5 and District 2. It is the first of its kind in the nation – the first residential academic home for youth who are dependents of the state.

The Extended Foster Care Act (AB12) allowed students ages 18-21 to continue in this academy, whereas youth in this age range normally have trouble being placed with families or would feel more comfortable in group settings.

“Its been a place where older foster youth can be placed when it becomes too old for them to be placed into a family,” said Rev. Harris.

It was meant to be a pilot program, and despite the success touted by alumni and local officials, Governor Jerry Brown signed Assembly Bill 403 in 2015, phasing foster children out of group homes and into families.

Despite data that suggests that children do better in family environments, Harris is skeptical and his own history would suggest that there is a lot of corruption within the foster care system. 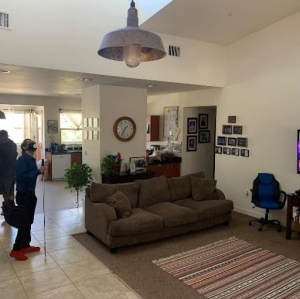 San Pasqual Academy is very near and dear to Rev. Harris and other alumni. Harris attributes the school for being a turning point in his life and being his salvation from an abusive foster home.

Harris was taken into the foster system after his mother passed away and after enduring abuse in a foster home, he says. He became a student of San Pasqual Academy, where he found the support and guidance he needed to become the leader he is today.

Harris says that it is unjust that students of San Pasqual had to find out they were losing both their place of academics and their only stable domicile from the media, instead of from support staff at the academy.   The students should ideally have been notified and made aware of their future living arrangements.

But the county doesn’t have a plan for the 70 students still at the facility, Harris contends.

Harris has sent two letters to Governor Newsom’s office, pleading on behalf of the students and the county to extend the closure to the original closure deadline, or preferably, to allow the students to complete the school year and close San Pasqual Academy in June 2022.

Harris’s office also sent a letter to Kimberly Johnson, the Director of the Department of Social Services.

This closure disproportionately affects minority youth. Data from the Annie E. Casey Foundation suggests that in 2018, Black children comprised 14 percent of the U.S. population and comparatively 23 percent of kids in foster care.

Rev. Harris recalls his own time at San Pasqual academy and estimates that 75 percent of the students were minorities, predominately Black and Latinx.

Therefore, the closure of this academy is another action that will once again unduly harm minority students in East County and across the San Diego region.

Local officials continue to try to work on a solution to this issue, but Harris feels that his nonprofit Peoples Association of Justice Advocates (formerly People’s Alliance for Justice) has taken the place of what county officials should have been doing since the new closure date was announce in February.

“It’s imperative that we find a home for all of the kids if the State decides to carry on with the closure. I’m supporting the County in its efforts to place all of the kids or request for delay of the closure of San Pasqual Academy until that happens,” Supervisor Jim Desmond told ECM.

Congressman Darrel Issa, who used to preside over the area that houses San Pasqual (during his term for the 49th Congressional District), had personally endorsed one of the former students to attend a military academy. This situation illustrates the success achieved by a student in this academy despite the adversity of being a foster youth.

“The Congress has on a bipartisan basis supported education outreach,” said Issa. “Our hope is that we can see if we can reverse [the decision to closure the academy].”