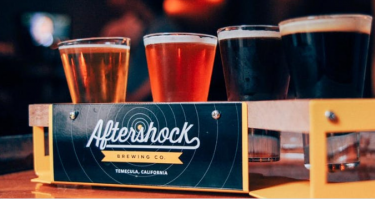 May 17, 2018 (Alpine) - Summer calls for sipping on refreshing brews in great company. On May 30, you can do just that when Barons Market teams up with Temecula’s Aftershock Brewing to pair tasty beers with delectable dishes at each of its seven Southern California grocery stores for its summer-themed Backroom Beer Pairing. Often with sell-out crowds, Baron’s Backroom Beer Pairings transform Barons Market’s loading docks and stock rooms into food and local brew speakeasies.