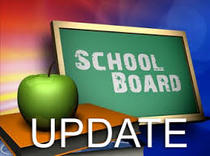 Forum on unification of Alpine, Grossmont districts set for Oct. 20 in Alpine

October 17, 2014 (Alpine) – Two lawsuits have been filed against the Grossmont Union High School District this week over its failure to fund construction of an Alpine High School. The litigation was filed by Alpine Taxpayers for Bond Accountability (ATBA) along with individual Alpine taxpayer plaintiffs who allege waste and misuse of Propositions H and U bond funds under the California Code of Civil Procedure. The ATBA law suit was filed simultaneously with an action by the Alpine Union School District (AUSD). Both suits seekan injunction to prevent the further expenditure of Prop H and Prop U bond funds until a decision is rendered by the State Board of Education in the coming months on how GUHSD assets will be allocated with regard to Alpine’s proposed unification of its school district.

Amid the controversy, a forum on the proposed unification of the GUHSD and Alpine Union School District organized by supporters of unification is scheduled for Monday, October 20th at 6:30 p.m. at Alpine Elementary School’s auditorium, 1950 Alpine Blvd. in Alpine.

ATBA and the taxpayers contend that GUHSD has intentionally misallocated millions of dollars of bond funds by re-directing bond money from authorized projects (specifically, the Alpine area high school) to numerous unauthorized projects that were never specified in either Props H or U.

Plaintiff taxpayers are seeking immediate termination of unauthorized expenditures and the establishment of an escrow account for all remaining bond funds  to be used for construction of the Alpine high school, as was recommended by the Grand Jury after its investigation of GUHSD’s practices.  Plaintiffs are also seeking reimbursement for court costs and attorneys’ fees.

ATBA says it filed the lawsuit because the GUHSD Board of Trustees, through board action last month, officially indicated that it does not intend to comply with the intent of the taxpayers or the County Office of Education with regard to allocation of bond funds for the Alpine high school.

The County Office of Education and its Board has recommended to the State Board of Education that AUSD be allowed to unify its school district into a K-12 district and that Alpine should receive its proportionate share of GUHSD assets, which is estimated to include about $70 million in cash.  Because GUHSD is spending bond funds at a rate of $200,000 per day, AUSD and ATBA have indicated that they seek the injunction to assure that bond money is no longer spent on unauthorized projects and that sufficient bond funds will be available to build the Alpine high school when the State renders its decision.

Notably, the lawsuit does not seek to stop or enjoin ongoing construction projects, nor does it adversely affect GUHSD’s operational budget.  Rather, it merely seeks to “enjoin the unlawful allocation of dollars taken directly from the taxpayers,” according to a press release from the ATBA.

The law firm of Procopio, Cory, Hargreaves & Savitch represents both ATBA and AUSD in the actions filed.

Sal Casamassima, Chairman of the Alpine High School Citizens Committee (AHSCC) and one of the taxpayer plaintiffs in the ATBA lawsuit commented on the litigation, stating, “It is unfortunate that the Alpine school district and local taxpayers have to incur the expense and effort in filing these lawsuits against the Grossmont high school district, but Grossmont has given us no choice. Despite passage of two major bond measures that specifically provided for construction of an Alpine high school, Grossmont has repeatedly broken its promise to do so.  Their conduct prompted a San Diego County Grand Jury investigation and report, which was highly critical of GUHSD’s failure to build the Alpine school.”

Cassamassima added, “Alpine taxpayers witnessed their tax dollars being spent on numerous projects at existing Grossmont schools, many of which are unauthorized in the bond language, while the Alpine school was placed at the bottom of their project priority list.  The Grossmont Board majority also passed resolutions which indefinitely blocked all work directed to construction of the school.  In the face of such egregious conduct, citizens of Alpine and the Alpine school district seek a ‘divorce’ from GUHSD by unifying our district and building our own high school.”

The district has claimed that enrollment and other triggers to build the school have not been met, but critics contend that the triggers have been met and exceeded multiple times.  The district has also cited reduced revenues from the state in seeking to justify its repeated refusal to build the long-promised high school.

In August, the County Board of Education agreed with the Grand Jury and Alpine petitioners and recommended approval of Alpine’s unification to the State Board of Education.  The County also recommended that the State award Alpine its fair share of Grossmont’s assets to be substantially paid from Prop H and U bond funds.  However, just as it did with the Grand Jury report, the Grossmont Board majority has rejected the County’s recommendation, dismissing it as “appalling.”

Plaintiffs allege that Grossmont falsely alleges that the cash payments to Alpine would come out of operating funds instead of bond funds.  However, in the same breath, Grossmont has acknowledged it has nearly $90 Million in unspent bond funds plus is awaiting about $20 million of state match construction funds and plans new bond issuance of $55 Million in 2015.  This adds up to $160 million of current and future bond funds, far in excess of what is needed to build the Alpine school, and none of which comes from operating funds.

In the meantime, Grossmont continues to spend about $200,000 per day of bond money and will likely deplete most bond funds by the time the State renders a decision on Alpine’s unification, plaintiffs assert.  To prevent this from happening, the Alpine school district seeks an injunction against Grossmont to halt the expenditure of bond funds until the State reaches a decision.

Additionally, Grossmont has redirected millions of bond funds away from authorized projects such as the Alpine high school and toward projects that were unauthorized in the bond language.  A press release issued by the ATSB states, “This is a violation of law and a group of Alpine taxpayers has brought a lawsuit, known as a waste action, to halt these expenditures and make funds available for the Alpine high school.”

Mr. Casamassima concluded by saying:  “Justice would finally be served if the Alpine school district and Alpine taxpayers prevailed in both lawsuits and if the State agreed with the County’s recommendation on Alpine unification and asset redistribution.  We now have real hope that, ultimately, we will see the day when our unified school district opens the doors to its new Alpine high school.”