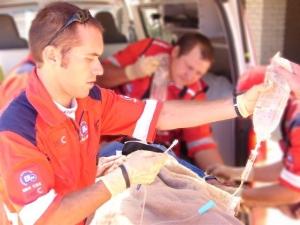 Ambulance responses in our region raise alarms:  Part II in a series

March 23, 2015 (San Diego’s East County)—Earlier we reported on a new contract for ambulance service that the County has signed, effective April 1st.  That contract required only four ambulances for an entire district stretching from the border north to Mount Laguna, and from Jamul east to the Imperial County line.