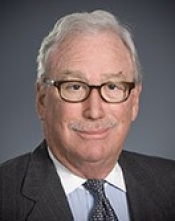 October 10, 2014 (San Diego’s East County) – With consumer activists clamoring for his impeachment, California Public Utilities Chairman Michael Peevey has announced he will not seek reappointment when his term ends at year’s end.   His replacement will be appointed by Governor Jerry Brown.

Peevey, a former Pacific Gas & Electric Company executive, has drawn fire for cutting back room deals with PG&E over the pipeline explosion in San Bruno.  When ratepayer advocate Michael Aguirre, former San Diego City Attorney, grilled Peevey on his communications with PG&E at a public hearing, Peevey grew peeved, telling Aguirre to “shut up” and refusing to answer his questions.

Peevey previously has drawn fire for being wined and dined by utility companies including San Diego Gas & Electric Company.

More recently, Peevey reportedly leaned on PG&E to donate $100,000 to help fund the CPUC’s centennial celebration. The San Francisco Chronicle reports that Peevey implied a favorable outcome in a PG&E rate-setting case before the commission would be dependent on the donation – an illegal and unethical arrangement, if true.