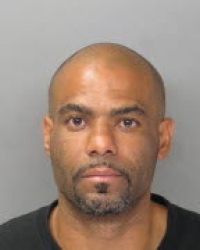 January 13, 2012 (Santee) – The San Diego Sheriff seeks public help to locate Joseph Todd Hall, also known as “Happy.”  He is wanted for an attempted murder in Santee this morning and is considered armed and dangerous.

A special bulletin describes Hall as having multiple tattoos with a shaved head and brown eyes. He is 6 feet 1 inches tall and weighs 200 pounds. If you see him, call 911 immediately and do not make contact with him.

The bulletin does not state where the attempted murder occurred. However earlier today an attempted murder was reported in the 10000 block of Prospect Avenue in Santee.  The victim, who was shot, was hospitalized and on life support as of earlier today.  View details:   http://www.eastcountymagazine.org/node/8390

Anonymous callers may call Crime Stoppers at 888-580-8477 with any information on this crime. For information leading to an arrest, you could receive up to a $1,000 reward. Information must be received on the top line 888-580-8477 to be eligible for the award.