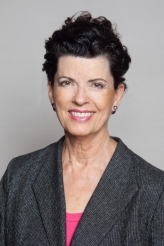 December 18, 2015 (San Diego) -- Dear SharonAnn:  My wife and I set up our family trust several years ago. We have two grown children and named them as successor co-trustees should we be unable to act. Some friends of ours did the same thing with their three adult children. We know them and their situations. One son lives in Perth, one son lives in Shanghai and their daughter lives in BoraBora and they all come home to visit about once every three years. I read something about the details of being a trustee and I’ve been telling them it is a bad idea. In fact it may even be a bad idea for us even though ours live in Key West, Florida and Marshall, Arkansas. What do you suggest?  Signed Perplexed.