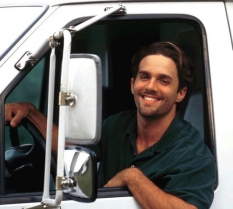 May 31, 2017 (Sacramento) – If you’re hailing a ride through a service such as Uber or Lyft, you may soon have an option to add a tip onto your credit card charge. A measure requiring ride-serving aps that take credit card payments to offer an option to add a tip passed the Assembly today by a 41-22 vote.  The measure, Assembly Bill 1099, was authored by Assemblywoman Lorena Gonzalez Fletcher (D-San Diego).

There are as many as two million workers in the gig economy, where transactions are almost exclusively made with credit or debit cards. According to the Pew Research Center, 56 percent of gig economy workers say the income they get from their gig work is an “essential or important” part of their finances.

Uber, one of the most well-known and widespread companies in the ride sharing industry, does not allow customers to leave a tip via credit card. This effectively minimizes or eliminates tipping, as it is increasingly common that customers do not carry cash and all fares are required to be paid for by credit or debit card.

A recent survey revealed that 42 percent of adults do not carry cash. That trend is even more pronounced among young people, with a majority of 18- and 19-year-old respondents stating they do not feel comfortable carrying cash.

An estimated 42,000 people work as rideshare drivers in the San Francisco Bay Area alone, and many more statewide.

AB 1099 will help these workers by ensuring their customers have the option to provide a tip.