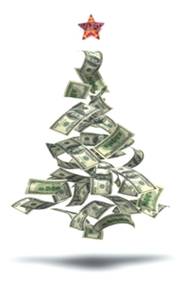 To date, the CPUC has never conducted a public review of bonuses for utility executives to determine whether the compensation was justified, even in light of major safety violations that led to the $3.3 billion cost absorbed by ratepayers when San Onofre nuclear power plant was shuttered or the 2010 San Bruno pipeline explosion in Northern California.

The closure of the San Onofre Nuclear Generating Station, or SONGS, was found by the federal Energy Information Administration to be a major factor in the 59 percent increase in wholesale electricity prices for California that occurred immediately following the coastal power plant’s shutdown in 2012. SONGS, which was operated by Southern California Edison, was responsible for providing power throughout San Diego County and Southern California.

Under Gonzalez’s AB 1266, a utility such as Southern California Edison would be subject to the CPUC’s Tier 3 review process, which requires the commission to open a proceeding and hold at least one public hearing to review the proposed compensation. The CPUC would be required to determine what portion of the executive bonus, if any, the ratepayers should absorb.

“Neither shareholders nor ratepayers played any role in the management missteps that led to the multi-billion dollar disaster that the SONGS shutdown has become,” Gonzalez said. “To reward top executives for successfully passing the buck to everyday ratepayers and stockholders who are trying to build a secure retirement is inexplicable to me, and should face public scrutiny.”

The San Onofre Nuclear Generating Station went offline in 2012 after radiation leaks from faulty parts, and the decommissioning process has resulted in a $1.4 billion hit to stockholders and an additional $3.3 billion being passed on to ratepayers.

Gonzalez’s announcement comes in the wake of increased state scrutiny of Southern California Edison’s practice of doling out million-dollar bonuses to the utility’s executives while the company grappled with tremendous costs related to the permanent shutdown of its San Onofre nuclear power plant.

Earlier this week, California State Controller Betty Yee sent a letter to Edison International requesting justification for the spike in compensation enjoyed by top executives while ratepayers and stockholders alike are absorbing huge costs due to mismanagement.