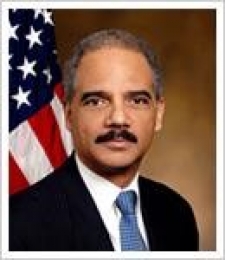 January 17, 2015 (Washington D.C.) – Last September, East County Magazine reported on alleged abuses of a federal policy that allowed local law enforcement agencies to keep 80% of cash and other assets seized – even when no criminal charges were filed.  Critics contended the system led to corruption.

Now U.S. Attorney General Eric Holder has banned local  and state law enforcement officers from seizing assets under federal law, unless there is a warrant or criminal charges have been filed.  There are additional exceptions involving cases involving child pornography or illegal firearms, explosives or ammunition.

“With this new policy, effective immediately, the Justice Department is taking an important step to prohibit federal agency adoptions of state and local seizures, except for public safety reasons,” Holder said in a prepared statement.  The change is effective immediately.

A Washington Post investigation found that local and state police have made over 55,000 seizures of cash, cars and property valued at over $3 billion since 2008, under the federal Equitable Sharing Program. That program had allowed seizures from motorists and other people without search warrants or indictments; it was implemented after the September 11, 2001 terrorist attacks.

Those who lost property such as cash seized had to prove it was acquired legally in order to get it back. A restaurant owner in Virginia wound up losing his restaurant during a prolonged fight to get back $17,550 in cash seized, that he’d intended to spent on equipment and supplies for his business.

Since 2004, the Sheriff has retained $16 million from assets seized under the program, or an average of $1.5 million a year.  Assets were returned to individuals in nine cases, the Sheriff’s office advised ECM.

The District Attorney’s office raked in nearly $2 million over the past five years, the UT San Diego previously reported, though D.A. Bonnie Dumanis drew scrutiny after spending funds from asset seizures on political purposes such as lobbying for legislation, not law enforcement activities, according to the American Civil Liberties Association.

The ban applies only to seizures under federal law; assets may still be seized under state or local asset forfeiture laws. Nor does it apply to federal laws other than the Equitable Sharing program; seizures such as those typically used to target drug cartels, for example, remain on the books.

Holder assures, “Asset forfeiture remains a critical law enforcement tool when used appropriately – providing unique means to go after criminal and even terrorist organizations.  This new policy will ensure that these authorities can continue to be used to take the profit out of crime and return assets to victims, while safeguarding civil liberties,” he says.

A bipartisan group of Congressional members had sent a letter urging Holder to end the Equitable Sharing program.

David Harris, a constitutional law scholar at the University of Pittsburgh, praised Holder’s action to end the program, the Washington Post reports.  Harris concluded, “It has been a civil liberties debacle and a stain on American criminal justice.”

"The Bite" Common when I traveled in Baja. The police weren't paid much and a small payment could make a problem disappear. So Holder is trying to look like a hero? One bad apple spoils the bunch.