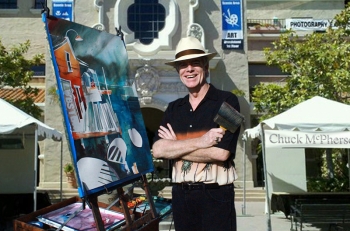 If you stop to watch local artist Chuck McPherson paint, don’t expect the ordinary. For McPherson, painting with traditional paints and brushes, like other artists, is far too dull for a crowd. In fact, he compares it to watching paint dry (no pun intended). Instead, he goes for a more alternative method: using whatever can be found in your purse.

“I’ve painted with everything from lipstick to coffee. I’ve even tried fruit!” explains the artist, a resident of La Mesa. “But I’ve come to find with cantaloupe, I just end up with a soggy piece of canvas.” 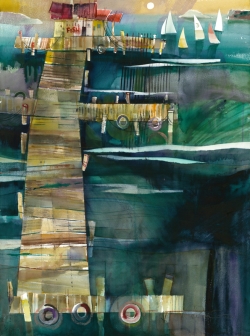 Also, don’t expect to walk away from studying McPherson's work dry. “If you’re watching me paint up-close, I need to warn you there is a probable chance you may get wet,” he says chuckling. “I do tend to get a little bit into my work.”

McPherson, who grew up in Spring Valley, says he discovered his talent at a very young age.

“I basically came out of the womb with a pencil in my hand, ” McPherson says with a grin. “As far back as I can remember, I have always been painting.” After graduating from San Diego State University with a bachelor’s degree in graphic communications and a minor in journalism, McPherson left for Pasadena to attend the Art Center College of Design. After his studies, McPherson started a successful advertising agency in Los Angeles, BuyDesign, which soon transitioned into Mac Studios. 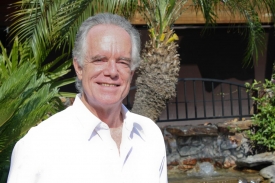 After working 30 years on the business side of art, McPherson discovered in 2008 his passion for watercolor. “I had been using acrylic and oil for many years,” he explained, “but when I really tried watercolor, I just fell in love with it.”

Almost immediately, McPherson joined the San Diego Watercolor Society, where he became an instant success. According to his website, McPherson has won nearly 40 awards for his artwork. 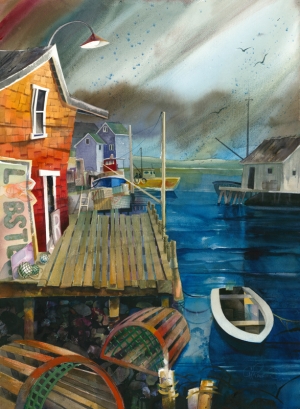 A watercolor painted as a demonstration for his class in Kensington depicts a traditional New England fishing village interpreted through the artist'st trademark "happy color" voice. The work, Cantos Cove New England, won third place in the Robert Landry Cash Award Show.  It will also be exhibited in the San Diego Watercolor Society International Exhibition this coming October, earning Signature Status for the artist in his third acceptance to the juried show.

Inspired by abstract artists such as Mark Rothko and Jackson Pollock, McPherson’s style ranges from realism to impressionism.

“I look at them as designers rather than painters, and that’s where I’ve come from,” he notes.

Since joining the Watercolor Society, McPherson has decided to share his knowledge and talent with others. On alternating Fridays and Sundays at a friend's 1920s home in Kensington, he hosts an “Art in the Garden” seminar for aspiring artists. Rather than painting like an “instructor”, McPherson says he works with each artist individually to work on building their confidence and deepening their strengths.

“Teaching confidence is probably the most important thing to teach an artist,” McPherson explains. “I find they learn a lot quicker and grow faster.” 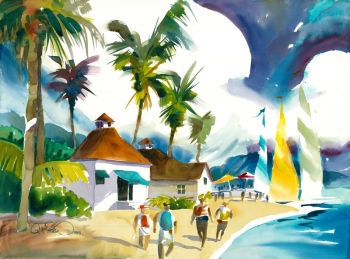 McPherson makes one thing clear about his artwork - there is nothing he is more passionate about.

“The ultimate goal for many artists is to be rich and famous, but not me. My ultimate goal is to make a living doing what I love,” he states, “and teaching others what I love.” McPherson lets it be known that he wants people to feel something when they see his artwork. “People look for what they can relate to in a piece of artwork,” he concludes, “and trust me, I can do that."

For more information about Chuck McPherson and his “Art in the Garden” seminars, visit www.artthatsells.net. 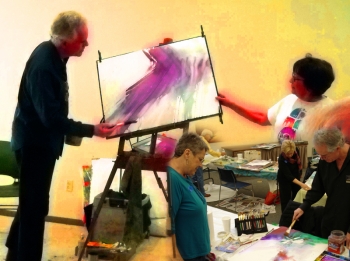 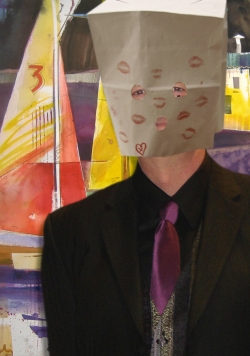