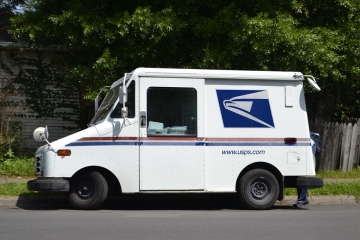 April 9, 2022 (Washington D.C.) –  “This bill recognizes the Postal Service as a public service and we’re ensuring that it can continue to serve all Americans for generations to come,” said President Joe Biden, signing into law the Postal Service Reform Act this week.  The bill to financially stabilize the Postal Service and restore postal delivery to six days a week passed Congress overwhelmingly, supported by four of our region’s representatives, though Congressman Darrell Issa voted against it.

The Postal Service has been losing money in recent years, primarily because it is the only federal agency required to pre-pay retirees’ health benefits.  Officials warned Congress that if this bill did not pass, the Post Office would run out of money by 2024.

Biden noted that many Americans depend on postal delivery for prescription drugs, small business mail, voting and other essential functions, making reliability vital.

“You’ll be able to see in real time how well the Postal Service is delivering for you and for your community,” said Biden, who hopes to see additional reforms in the future, such as modernizing the postal fleet with electric vehicles, saving on fuel costs.

Here’s what the bill will do:

This law ends the requirement for the Post Office to prefund retirees medical care, saving the agency $27 billion a year over the next decade.  Instead, it requires Postal employees to enroll in Medicare, which will save taxpayers around $22.6 billion over the same 10 years.

Many consumers have complained about recent cuts in postal delivery service. The new reform measure will restore service to six days a week.

When the U.S. first gained independence from Britain, the federal government used to subsidize the cost of mailing newspapers to subscribers.  That went the way of horses and buggies, phased out as advertising revenues propped up newspapers financially. But with ad revenues shifted to online information sites and social media in recent years, newspapers have struggled and many have closed their doors.  So the bill expands special rates for local newspaper distribution.

Many members of both parties supported the bill which passed with more than 75% in favor.

However, some Republicans have opposed postal reforms to save the Post Office, instead suggesting that services should be privatized.

But that could have left some postal customers, particularly those in remote rural areas, with no home delivery service, since companies would likely cherry pick the most profitable services to offer.

care more about themselves then the country!!!! "However, some Republicans have opposed postal reforms to save the Post Office, instead suggesting that services should be privatized."
Several good things in this bill, but the changes to the pension funding requirements may be the best thing in it.