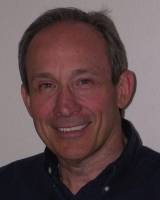 October 6, 2012 (San Diego’s East County)- Bill Weaver hopes to replace incumbent board member Dr. Gary Woods on the Grossmont Union High School District (GUHSD) board. He is a parent of a son and a daughter in Alpine schools, soon to enter the district. His two kids are the main reason of why he is devoted to GUHSD. He has championed a high school for Alpine but believes in reaching out to all schools. He also pledges to listen to concerns of every parent, make kids the focus when reaching a decision, use tax money wisely, and be open-minded and considerate of students’ needs.

He is not satisfied with the board because he believes there hasn’t been proper district oversight. “It’s a board that’s run by self-interest,” he says, adding that many decisions are made with little consideration or evaluation, or with motives that aren’t in the best interest of students.

Weaver takes aims directly at incumbent Gary Woods.  “Being against Prop U, means not wanting to improve our school district, Dr. Woods officially took an anti-prop U, GUHSD modernization stance in 2008,” Weaver states on his website. “Gary Woods is bad for the GUHSD. More positions Gary Woods has taken are detrimental to the GUHSD providing the "best possible" public education. Now Dr. Woods is letting the GUHSD Administration unwisely spend its limited bond money on projects never intended under either of the bond (both H and/or U) programs,” he added.

“I’m extremely familiar with operation of the budget,” he said, adding that he has attended many GUHSD board meetings through the years.  “As a safety and risk management industry, I had school district clients in Alaska. I was on the Bond Committee of GUHSD. I toured all the schools in the district. I’m familiar with the schools and their needs.”

He has served in many elementary school classrooms, on several school site councils, and has been treasurer on multiple PTAs and PTSAs. He has co-chaired the San Diego East County Chamber of Commerce Business Education Committee on the repairs and renovation sub-committee, where he has toured and reported on modernization needs of every campus in GUHSD.

He is a California native who grew up in Imperial Valley. He has lived in East County for over 20 years. Weaver received his bachelor of science degree in engineering from Cal Poly Ponoma, and an associate science degree in physics from Imperial Valley College. He is now semi-retired and devotes much of his time to public service, working as a director, fundraiser, and organizer for the local Alpine education foundation.

He expressed concerns over the District’s budget. “The budget is very tight…The board probably has only control of 7-8% of the budget,” he said, noting that most of the money is expended on teachers and other employees. Because of the tightening of the school’s budget, the state ADA [Average District Attendance] funding has decreased to $600 per ADA per student, he said.  Despite this, test scores have remained “fairly stable.

Charter schools have pulled ADA money out of the district, he says. “The perception is that some schools compete academically with charters. At charters, they have better education. Test scores are probably a little better at charters.” With class sizes, Mount Miguel and Monte Vista have been heavily affected with significant decreases in enrollment.” It could be because “it’s a big foreclosure area.” However, charter schools, like Helix, Steele Canyon, High Tech High in Point Loma, and Riverview in Lakeside have increased. Some prospective students are even “on a waiting list; they’re turning away students.”

His philosophy on budget priority is that if something doesn’t have to do with education, “school boards shouldn’t touch it with a ten foot pole.”

He voiced frustration over the Board’s repeated blocking of a high school for Alpine, despite the fact that Alpine voters twice approved bond measures to fund a high school in their community.

Prop H in 2000 set aside $73 million for the new high school. “There was a long range masterplan in 2003; this was the single largest budget item in Prop H,” he recalled.  But then in 2007 when Terry Ryan was Supervisor,“They said they didn’’t have enough money, and could only purchase the land. They would do other things with [the money]. Then, Bob Collins became the new superintendent, and there was a need for more money, a new bond, and Alpine supported it. Prop U passed, and all projects from Prop H would be a priority.” The district purchased land for the new school, but has since claimed it doesn’t have funds to operate the Alpine high school and has refused to build it.

Weaver criticized the board for voting to spend millions on new swimming pools and performing arts centers not specified in the bond initiative, tearing down new buildings and putting in new ones, while denying Alpine voters a high school. “I support it,” he says of the new construction, “but not at the expense of the 12th high school.”

There’s also the issue of safety;  many student deaths have occurred as students drive from Alpine to high schools thirty minutes away. “If you’re involved in after school activities, it’s very hard on parents and students especially as a freshman and sophomore, and you’re not driving. Weaver believes that building the 12th high school would bring back ADA money to the district by attracting back some students in charters and other districts.

With regards to the controversy over redrawing district lines, Weaver said, “There needs to be balancing done throughout the district.” He noted that the Board ignored recommendations of its own Boundary Committee and instead, opted to redraw boundary lines  on an assumption of no 12th high school in Alpine. “Blossom Valley folks got upset. Transparency and communication is a big issue,” he added. “ Intentions are not communicated well.”

He fully supports props 30 and 38. “Schools need money,” he concluded.  If they both pass, the one that has the highest vote total could be implemented. If props 30 or 38 don’t pass, there’ll be significantly more cuts. It will raise class size ratios, cut teachers and maintenance staff.” He acknowledges that there’s no guarantee the money won’t be used for something else, adding, “There’s a deep distrust of Sacramento and politicians. It ties into GUHSD and Prop B bond money.”

If elected, he has ideas for helping to reduce the District’s expenses. “If operating costs are a problem, why don’t they look at energy efficiency for schools? They need to provide alternative energy solutions, to save energy costs.” He would like to see solar and other energy saving measures implemented, as some other districts have done.

There are six candidates running for two seats on the GUHSD board. The other candidates include incumbent Priscilla Schreiber and Gary Woods, university student Zach Miller, retired city treasurer Jim Stieringer, and writer Barbara Stevens.