After removing derelict chicken coops on the site of a former chicken ranch, the owner hired a company to dig a water well. Instead, the startled contractor struck oil.

“It’s a gusher!” the landowner, who asked not to be named, announced in a hastily-called press conference as oil erupted skyward, spilling to earth. “Whoever dreamed we’d find real` black water’ here, or should I say, `black gold?’” 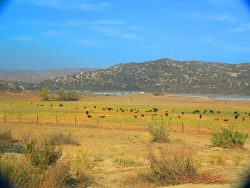 A geologist termed the discovery a major oil field. Local residents expressed mixed views over the discovery of petroleum beneath the scenic valley floor. Some cited environmental concerns overimpacts on the Arroyo toad and checkerspot butterfy. But others praised the Lord for bringing an economic boom to Potrero.

“Just imagine the jobs this will create for drillers, oil workers, and Exxon Mobil,” said Gordon Hammers, planning board member who won reelection after being recalled for voting in favor of Blackwater’s private military training camp.

The Museum of Natural History, meanwhile, announced plans to dispatch a team of paleontologists to excavate for dinosaur bones beneath the swiftly pooling paleolithic black liquid.

Asked his future plans, the property owner declared his intent to “pack up the truck and move to B 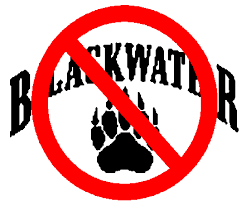 everly--Hills, that is. Swimming pools and movie stars.”

XE, the company formerly known as Blackwater, had no comment .