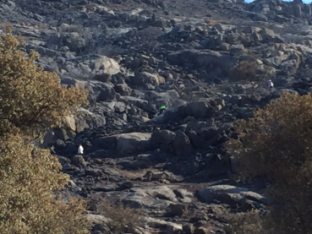 September 18, 2016  (San Diego’s East County)—Campo resident Claudia Millerbragg  asked the Sheriff’s Department on July 2nd  to launch an internal investigation into what she and other residents described as  rude unprofessional treatment by Sheriff’s officials.  She says three other residents also spoke with the internal affairs

Frustrating by deputies’ lack of response to citizens’ concerns about two missing people after the Border Fire, Millerbragg was present with other local women who launched their own search and within 10 minutes,  found bodies of the missing couple huddled between boulders behind their home.

Now a  Sheriff’s internal investigation  into the matter has closed, with a disposition of “unfounded” in part and “exonerated” in part. The finding has left residents frustrated over the apparent lack of resolution of their concerns.