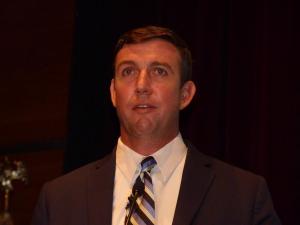 "The suggestion that individuals who have ties to ISIL have been apprehended at the Southwest border is categorically false, and not supported by any evidence."--Marsha Catron, Homeland Security

Hunter told Greta Van Sustern on Fox News that “I know that at least 10 ISIS fighters have been caught coming across the Mexican border in Texas.” He said he got the information from a confidential Border Patrol source.