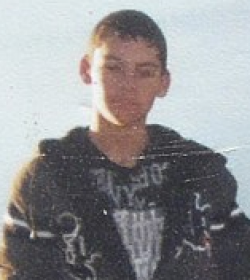 April 27, 2015 (El Paso)—A federal court ruled on Friday that the U.S. Border Patrol cannot be sued in U.S. courts by the family of a teenager in Mexico shot by an American border agent.

In 2010, 15-year-old Sergio Guereca was near a bridge between El Paso, Texas and Ciudad Juarez, Mexico when he was fatally shot by a U.S. Border Patrol Agent, shooting across the border.

The agent claimed he was surrounded by youths crossing the border who threw rocks at him when he approached.  However a cell phone video posted on Univision appears to contradict the agent’s story.

Vicki Gaubeca with the American Civil Liberties Union, New Mexico’s Regional Center for Border Rights called the court ruling “disappointing” adding that it “disregards the family’s need for justice and seems to give Border Patrol agents free license to shoot across an international boundary and kill children.”

Christian Ramirez, Human Rights Director at Alliance San Diego and Director of the Southern Border Communities Coalitoin, says the 5th Circuit Court’s ruling denies the victim’s family a day in court and “condemns border communities to continue to be haunted by impunity and state violence.”

The family has not yet announced whether it will appeal the decision.

In 2014, the Department of Homeland Security (DHS) released an outside audit conducted by the Police Executive Research Forum (PERF), which reviewed CBP's use-of-force policies and practices.

Among its key findings, PERF concluded that agents placed themselves in harm's way to justify using deadly force, such as standing in front of moving vehicles or in close proximity to "rock throwers." When facing "rock throwing" situations, PERF recommended agents be trained "to de-escalate these encounters by taking cover, moving out of range and/or using less lethal weapons. Agents should not place themselves into positions where they have no alternative to using deadly force."