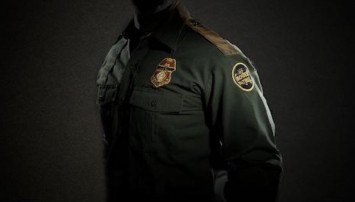 The action comes after Congressional committees opened investigations in response to complaints filed by the Southern Border Communities Coalition (SBCC), which sought a Congressional probe. The SBCC letter to Congress revealed that the secret teams started in San Diego in 1987 and went by several names, all with the stated purpose of serving not as independent investigators, but rather “to exonerate agents” accused of abuses, a practice which allowed agents to “get away with murder” through actions that allegedly included corrupting and destroying evidence.

“Today’s announcement is a clear acknowledgment that these unregulated and unsupervised critical incident teams are more of a liability than an asset to the mission of protecting our borders and upholding the rule of law,” Representative Carolyn Maloney, the chairwoman of the House Oversight Committee, said in a statement.

The SBCC issued a statement today commending CBP for announcing elimination of the shadowy groups, crediting the leadership of Commissioner Magnus. The New York Times reports that Magnus joined CBP last year, with a reputation for restoring public trust in police departments.

“The next step will be to fully account for the harm done by BPCITs over the three decades that they have operated and to assess where they have engaged in criminal acts of obstruction of justice. This includes the agents, supervisors and chiefs who have been involved in the BPCITs and their many permutations,” a press release from SBCC states. “To that end, we call on the Commissioner to ensure that all records of BPCIT activities are preserved so that they can be reviewed independently by external law enforcement investigators, congressional oversight committees, and prosecutors.”

Earlier this week, family members of those who have died or have directly endured alleged brutality or abuse by Border Patrol agents called for an end to the cover-ups and obstructions reportedly committed by BPCITs.  Each of the powerful stories described the trauma and anguish felt by family members living without justice or accountability, the SBCC contends.

CBP, which includes the Border Patrol, is the largest federal law enforcement agency in the country. CBP incidents have resulted in deaths of over 200 people since 2010, including citizens and noncitizens.  None of the agents involved were held accountable. In fact, no agent in the near 100 year history of the agency has been convicted for homicide while on duty.

In October 2021, SBCC sent a letter to Congress to sound the alarm on the BPCIT cover-up units, which appear to be at the heart of impunity at the agency. After discovering the existence of these units, SBCC called for a congressional investigation. In January 2022, ten House and Senate committee and subcommittee chairs sent a letter to the Government Accountability Office (GAO) requesting an investigation into the involvement of these shadow units.  Simultaneously, the chairs of two of these committees — the House Committee on Oversight and Reform and the House Committee on Homeland Security opened an investigation.

The SBBCC urges that the investigations move forward to get a full accounting of BPCIT actions. “Under no circumstances should anyone involved in these teams be transferred or reassigned to the Office of Professional Responsibility or given access to past, present, or future investigations of agents involved in killing and harming community members. That era has ended and prosecutors should now consider charges for obstruction of justice and other crimes where they are warranted,” the SBCC release states.

Vicki B. Gaubeca, Director, SBCC said, “The elimination of cover-up teams — which engaged in obstruction of justice and acted only in the interest of agents, not the public — is an important first step towards addressing the longstanding problem of Border Patrol impunity. Not a single on-duty agent has been held accountable for taking the lives of hundreds since 2010. Independent investigators should now consider reopening these cases to ensure that families harmed find closure and justice.”

Maria Puga, wife of Anastasio Hernández Rojas, killed in 2010 said, “It’s been hard for our family to be without Anastasio. He would have turned 54 years old this week. The Border Patrol lied about Anastasio’s death. They covered up what happened. Thanks to an eyewitness video we know the truth. We need our cases to be reviewed, and for these Border Patrol cover up units to be fully investigated.”

Valentín Tachiquín, father of Valeria Tachiquín killed in 2012 said, “Valeria was a U.S. citizen who would have turned 42 years old this past month. That void will never be filled again. The police investigation in this case was not independent; border agents interfered every step of the way.  Border agents detained and threatened a key witness to the killing.  They were present at the autopsy and used it for their own reports. They allowed evidence to be run over, kicked and moved. We cannot trust investigations if there is no integrity and the Border Patrol is involved. If there have been cover-ups, agents involved must be brought to justice.”

Doña Taide, grandmother of Jose Antonio Elena Rodriguez, killed in 2012 said, “My grandson, Jose Antonio Elena was 16 years old when he was killed. He would have been 26 years old this year. We leave a chair empty for him in the house to remember. He was walking next to the border fence near our home in Mexico, when he was shot and killed by a border agent who was standing on the U.S. side of the border wall.  When Jose’s death was being investigated, the Border Patrol agents disappeared video evidence, and they picked up the biggest rocks lying nearby and claimed that Jose had thrown them at the border agent without any evidence to back their claim. There are so many anomalies in Jose Antonio’s case and it is because of the Border Patrol cover-up units. Jose Antonio’s case must be reexamined and reopened.”

Marisol García Alcántara, survivor of Border Patrol shooting in 2021 said, “On June 16th 2021, I was a passenger inside a car driving through Arizona, when the Border Patrol pulled over the car. The car stopped and a border agent shot me in the head. I still have parts of the bullet in my brain and my life has changed forever. Although the Nogales police had the authority to investigate the use of force, it was the Border Patrol agents who got involved and interfered with the Nogales police investigation. I won’t stay silent. These cover-up teams must be brought to justice.”

Andrea Guerrero, executive director of Alliance San Diego said, “We commend CBP for taking the monumental step of eliminating the Border Patrol cover-up units. This is an implicit acknowledgement that these units have no place in investigations. The next and perhaps more important step is to recognize the harm done and take action to hold those responsible accountable. Without that, there can be no justice, and our communities and our nation remain vulnerable to Border Patrol agents, supervisors, and chiefs who have broken our trust, broken their oath, and broken the safeguards that protect us from government corruption and abuse. To move forward, we need an honest accounting of what has happened so that it never happens again.”

View/download the full video of Tuesday’s press conference in English or Spanish: https://bit.ly/3LG84Sk

View ECM’s prior coverage on this issue: