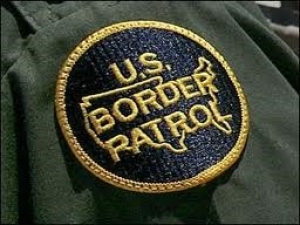 U.S. Customs and Border Protection Commissioner Gil Kerlikowske made the announcement Thursday. He also revealed that the agency has been given new authority to investigate misconduct of its agents, after releasing a report earlier this year which found some use of force incidents lacked justification, USA Today reports.

The immigrant rights group Alliance San Diego, which has been pushing for body cameras to be adopted by the Border Patrol, hailed the announcement. Executive director Andrea Guerrero says that while not the total solution, the cameras “are a critical tool in ensuring transparency and accountability,” UT San Diego reports.

Statistically, body cameras reduce complaints against officers where used elsewhere.   But Gabe Pacheco, a San Diego spokesman for the National Border Control Council that represents over 17,000 line agents nationwide, says that while cameras can be helpful, some agents also have raised potential problems.

“Will this tool be used against Border Patrol agents to administratively get us into trouble?” he asks, adding that some agents have voiced concerns that the cameras might make agents hesitate to use force where needed, potentially endangering agents in situations where split-second judgments must be made.