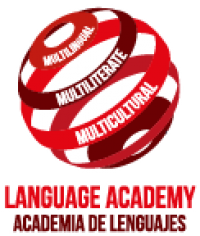 April 3, 2018 (El Cajon) – State Superintendent of Public Instruction Tom Torlakson has announced that 287 elementary schools are being honored under the Distinguished Schools Program. That includes approximately 30 schools in San Diego County, but just one in East County:  Bostonia Language Academy in the Cajon Union School District in El Cajon.

According to the school’s website, Bostonia Language Academy’s vision is  to “prepare our students to be multilingual, multi-literate, and multicultural global citizens.” Strengths and individuality are respected as the school teaches students to become successful and responsible citizens of the world, nurturing diverse skills and personalities, inspiring creative ideas, working as a team to innovate and solve real world problems while exhibiting positive attitudes, high expectations, and promoting pride as a community.

This program returns after a three-year break, and replaces the California Gold Ribbon Schools Program.

“These schools implement outstanding educational programs and practices that help California students realize their potential, and put them on the path to achieve their dreams,” Torlakson said. “Every day at these schools, teachers, administrators and classified employees, working with parents, apply their dedication, creativity, and talents toward providing a great education for all their students.”

Sponsored by California Casualty, the 2018 California Distinguished Schools Program recognizes California elementary schools that have made exceptional gains in implementing academic content and performance standards adopted by the State Board of Education.

Schools that applied were eligible based on their performance and progress on the state indicators as described on the California School Dashboard. Indicators include test scores, suspension rates, and English learner progress. Schools were also eligible to apply for a California Exemplary Program Award in Arts Education, and/or Physical Activity and Nutrition Education, which will be announced at a later time.  These award winners represent examples of not just excellent teaching, learning, and collaborating, but also highly successful school climate efforts, ranging from real time conflict resolution to positive behavior intervention. Some examples of this year’s honorees are:

Locally, below is the full list of schools in San Diego named distinguished schools under the program this year: