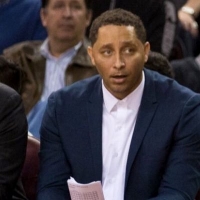 September 29, 2017 (San Diego) – Former San Diego State University assistant basketball coach Anthony “Tony” Bland helped propel the Aztecs to the NCAA tournament for all four years at SDSU from 2009 to 2013, before moving on to coach at the University of Southern California.  But this week, the U.S.  Attorney’s Office in New York’s southern district announced the arrest of four Division I Coaches including Bland and six others in a college basketball and corruption scheme.