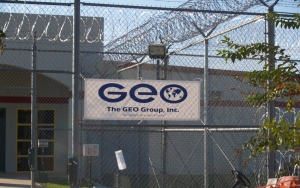 Donations already received since May 21, 2017, when Bauman became chair, will be donated to organizations “fighting to assist and protect immigrants whose lives are being endangered by the policies of the Trump Administration and organizations dedicated to assist and rehabilitate people coming out of prison and looking to reestablish their lives,” a press release from the CDP states.

Bauman states, “One of the most important issues to California Democrats is fundamental reform of our criminal justice system, particularly with respect towards the abuses and violations of constitutional rights that occur in private prisons. The private prison system represents so much of what is wrong with our criminal justice system, and accepting donations from companies that profit from the systemic injustices and suffering that results from them is incompatible with the values and platform of our Party.”

Private prisons were pushed as money-saving means for federal and state governments, but recent reports have found private incarceration of prisoners and immigrant detainees in some cases cost more. In addition, cases of abuse and neglect have raised concerns over lack of oversight to assure the wellbeing of inmates and detainees.

Bauman concludes that the California Democratic Party will be “proud to support candidates who will champion reforms to the broken and abusive private prison system."