November 11, 2022 (El Cajon) – In a surprising upset, Cajon Valley Union School District’s board chair Tamara Otero is losing her reelection bid to challenger Anthony Carnevale, a businessman.  Carnevale has 61.37% of the votes, while Otero has 33.63%, according to the San Diego Registrar of Voters.

Otero and Carnevale, both conservatives, ran in trustee area 1.

In area 2, an open seat due to Trustee Jill Barto not seeking reelection, Jolyana Jirjees was the only candidate running and has been appointed by the board to fill the vacancy.

Trustee Jo Medina-Alegria ran unopposed for her reelection in area 3.

The Republican Party of San Diego County made no endorsement in the race, an unusual step when an incumbent is seeking reelection. 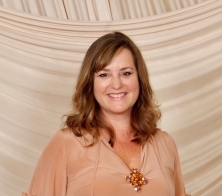 Otero has served on the school board for the past 12 years; her four children are all graduates of the district. Under her watch, the district was the only one in the region to keep schools open during the pandemic. The district adopted a blended learning model so that students are taught in rotations and groups, rather than traditional rows, and the CVUSD has promoted technology and innovation, drawing national attention for its World of Work program.

But her tenure was not without controversy. Even before COVID-19, some district schools had low test scores on state standardized testing. Otero drew criticism for failing to disclose that her son owned a construction company up for a lucrative contract before the board. The board also drew criticism for spending a half million dollars on promotional videos over five years.

Carnevale also has grown children who attended district schools. On his campaign website, he stated,” As your schoolboard trustee I will focus on: promoting academics, athletics, & electives rather than social experiments, district governance which is transparent and consistent with student & parent rights, and fiscal policy that funds classrooms first & addresses the deferred maintenance at our schools. I will also focus on keeping Critical Race Theory (and its many derivatives) and radical gender ideology out of our schools.”

Jirjees is social services director for the Chaldean Community Council, and was formerly a peer advisor at Grossmont Community College.  On her Linked in page, she states, “As one of 5 board members serving over 16,000 children, my job will be to ensure that our school district is responsive to the values, beliefs, and priorities of our communities. I’m committed to providing support, ensuring accountability and advocating for all parents and children at CVUSD.”

The CVUSD board of trustees continues to be an all conservative board; current trustees Jim Miller and Karen Clark Mejia are also Republicans. No Democrats filed to run for any of the three seats in the 2022 races.

The district serves an extremely diverse population, since the area is home to high numbers of immigrants and refugees from around the world including Iraq, Syria, Mexico and other nations.

The district has 28 elementary and middle schools spanning 60 square miles in San Diego’s East County; its Superintendent is David Miyashiro.