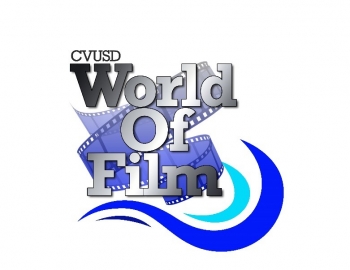 April 1, 2020 (El Cajon) – To raise revenues and meet challenges of coordinating its 16,000 students back into a learning environment after the COVID-19 emergency ends, CVUSD Superintendent David Miyashiro today announced on Monday that the district is going into the film business.

With the state facing an unprecedented pandemic and yesterday’s advisory from the state that schools should remain closed for the rest of this school year, the future of state educational funding is uncertain. Cajon Valley Union School District faces a double loss after defeat of its school bond measure, but is rolling out an innovative solution.

Citing its extensive experience producing nearly 250 promotional videos for itself in the past five years, the CVUSD revealed that its new division will be named “CV World of Film.” This will complement its existing “World of Work” curriculum, which the district cites as an outside revenue stream, and will directly utilize CVUSD students in its operations.

“With the recent loss of the $221 million bond measure at the hand of East County voters, followed by potential reductions in state education funding, we needed to find a sure way to quickly plug the shortfall of revenues,” said Dr. Miyasihro, Superintendent of the district since 2014. “Since we have so much experience producing promotional videos and since we have such a large creative community outside of Hollywood in San Diego County, the Board of Trustees – except the constant budget naysayer, Jill Barto – decided that going into the movie business would be perfect for us.”

The jubilant Superintendent continued, “We intend to revise the classic slogan ‘Hurray for Hollywood!’ to ‘Hurray for Cajon Valley! Not only that, by next fall we will have the grant money in hand to have a “Cajon Valley” sign erected in Fletcher Hills overlooking the valley.”

Miyashiro said that the first movie project will be a remake of the classic Arnold Schwarzenegger film “Kindergarten Cop 2020.” It will star CVUSD Director of Security Ryan Love as Mr. Kimble.

“The best of part of having Ryan in the lead role as Mr. Kimble is that he actually has a past law enforcement background. Talk about a perfect opportunity,” said Miyashiro. “Best yet, we recently learned that he was able to really relate to the kids when he had the chance to actually read storybooks in front of a class at a local middle school in our district. He has a real way with the kids.”

A reality TV series, “World of Workaholics,” will track the tireless efforts of CVUSD teachers and business leaders in the community as they educate young students on exciting career opportunities.

Another feature slated for production will be a law-oriented drama show for network television called “Daniel’s Law.” Much like the popular classic show, “L.A. Law,” the show’s serial-style storyline will draw inspiration from actual events that have occurred around the district from board room to court room.

World of Film is also considering a regular sitcom style show called, “All In My Family” which revolves around the wacky antics of family members all employed by one school district.

“It is great that the writers employed by us to develop shows will have all of the material that they could ever dream about right at the keys on their computers,” said Miyashiro. “Heck, we are bursting out with so many storylines we may even work on selling those to Hollywood.”

Yet another program being considered is a children’s show called, “Barto’s Magnifying Glass.” The half-hour show will feature roving cameras following school board member Jill Barto as, wearing a wide brimmed hat, she sleuths around the district’s schools with a large magnifying glass looking for potential misspending of taxpayer money. “We’ve got our own Jessica Fletcher right under our nose and we never knew it,” Miyashiro said.

Miyashiro said that the district will have almost no expense related to building sets and sound stages. It will utilize the busy street corner of Magnolia Street and Main and other locations throughout El Cajon for street scenes. The El Cajon City Planning Commission has fast-tracked any approvals needs to filming permits within the city limits.

“Our district’s close relationship with the El Cajon City Council assures us that we can start all of our filming this summer,” said Miyashiro. “We are sure that seeing the success that we will have with this new venture will mean that the major film studios in Hollywood should follow suit and develop film studios and soundstages in El Cajon.”

With the large number of Latino and Arabic-speaking families, the productions produced by “CV World of Film” will be fully translated and widely distributed in Latin America and the Middle East.

The district anticipates that after months of shutdowns worldwide with studio productions mostly halted, consumers around the globe will be ready for some new, wholesome entertainment.

“Who knew that I would be a titan of school education in El Cajon and now the head of a major film production studio? Now that’s a real metric that can be measured!” Dr. Miyashiro concluded.

No donated funds were used for this.  Too bad you don't have a sense of humor. The  emails we've received have been positive with many people appreciating some humor during these stressful times.

As for the district being digitally ready, I understand all or most students do have tablets at home or some kind of electonic devices, but  as of a week or so ago we were getting calls from teachers telling us they had not been provided any lesson plans for their students and one said they'd been asked not to even contact their students.  Has that changed?  Is the district going to be providing home instruction for its students?  We would actually like to do a story on how several East County districts are  providing distant learning to their students and would be intrested in hearing from any district that is doing that, including this one, when or if it begins an online learning program.