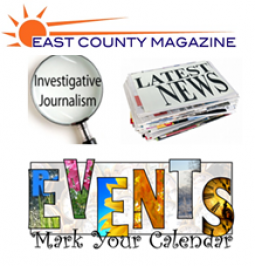 I fought a case all the way to the U.S. Supreme Court to protect the rights of freelance journalists.  AB 5 takes that away – and hurts the public by restricting your voices from being heard in local media.

Note: I grant free reprint rights on this editorial to any publisher who wishes to repost it in its entirety.

September 6, 2019 (San Diego’s East County) – A bill to be heard any day now in the  State Senate and then head to the Governor for signature will destroy a free press in California – and we need your help to protect the public’s voices in out media outlet and others. The bill violates the U.S. constitution on multiple grounds.

AB 5 would prohibit media outlets such as ours from paying ordinary citizens to write articles on areas in which they have expertise, or hiring columnists who aren’t professional journalists, or even paying an eyewitness for photos of breaking news such as a wildfire or plane crash. A newspaper also won’t be allowed to pay for a column or editorial  unless the writer owns a journalism business or is an employee.

We've trained many citizen journalists here at East County Magazine -- including some who won journalism awards. We've run many paid pieces written by community members, too, to include a broad diversity of voices. But we won't be able to do so anymore if this becomes law.

This violates the First Amendment of the Constitution which guarantees freedom of the press and your freedom of speech.