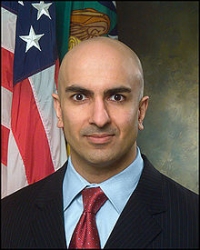 Lt. Governor Gavin Newsom , a Democrat, currently has a solid lead with just over 50% of the vote at midnight Tuesday after 62% of precincts have been counted.  In second place with 23% and likely to face Newsom in November with Ron Nehring, former chair of the San Diego Republican Party and the state GOP in the eight-person race.