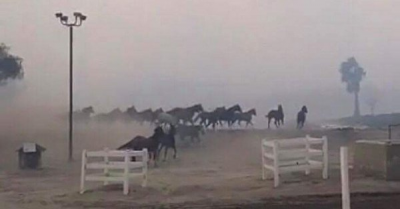 Update December 11, 2017:  The Lilac Fire is now 90% contained and all evacuation orders have been lifted.

Another 1,500 structures remained threatened today, Cal Fire reports. Firefighters are holding the fire at 4,100 acres, but full containment may take until December 21st.

The good news is that overnight, firefighters made good progress in increasing containment to 20 percent. Winds were calm this morning but picking up later in the day, with a red flag warning remaining in effect until 8 p.m. Sunday.