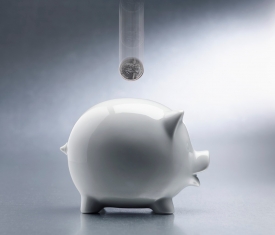 The Census calculates poverty differently than the standard federal poverty scale, taking the cost of living into account, not just income.  The outcome has been the same for several years, with California ranking worst in the nation ever since the Census Bureau began comparing poverty rates using the alternative method.

When only income is considered, California has 16% of residents living below the official federal poverty level.

But with the high price of housing, energy and other costs of living, the actual disposable income left after paying necessities is scant to no-existent for all too many people in California.

Hmmm. This is the result of the Democratic Party's policies since they have been in FULL control in CA, proving they are causing the downfall of California, and then the same will be true for the entire country. Let's review the FACTS of CA: - Democrat Governor - Democrat Congress - has full control of both sides - Democrat Court system - majority includes liberal judges - Democrat policies - including economic, social justice, and societal/family. Other results: - Budget not balanced - Businesses and residents are leaving CA in droves - due to high taxes and business UN-friendly environment Voters should pay attention and examine the current policies and politicians carefully to vote for what works and get rid of what does not. Do not expect to get different results from doing the same thing again and again. California is broken,...mostly due to the Democrats who are in FULL control. Let's move on and make a change!