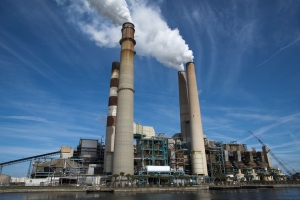 The appeal comes following an earlier finding by an Administrative Law Judge (ALJ) that the utility failed to first determine if clean energy resources were available to reduce or eliminate more carbon pollution.

As a result of long-standing advocacy on the part of conservation groups, the California Public Utilities Commission (PUC) set a pathway for the shuttered San Onofre Nuclear Generating Station to be replaced by 100 percent clean energy. The Commission required SDG&E to solicit proposals that would enable clean energy providers to compete with power plant developers – both economically and environmentally.

The appeal contends that bids for thousands of megawatts from clean energy companies  were ignored and instead, special treatment was given to  a company that only offered to provide fossil-fuel based energy. In a controversial vote, the PUC ultimately approved the gas plant, thereby overriding the ALJ’s proposed decision to allow open bidding from other energy sources.

“It’s times like these when you need judicial review to ensure that PUCs not only comply with the law, but also make the best decisions in the interest of the people,” Earthjustice attorney Will Rostov said. “The PUC should not be able to get away with contradicting its own clean energy objectives. We are going to court because the ALJ got it right, the Commission definitely did not.”

Affected residents continue to protest the proposed plant, contending that it is out of line with San Diego’s commitment to clean energy. San Diego and other cities in the region are all developing plans for 100 percent clean energy.

“This project, which would emit over 840,000 tons of new carbon per year, is a huge slap in the face to these efforts and stands in stark contrast to San Onofre’s zero carbon emissions,” a press release issued by Earth Justice states. Instead of allowing the region to fall back to fossil fuels, Earthjustice and Sierra Club are pushing to replace old facilities with clean energy.

We need to do everything we can to limit global warming to protect my generation's future," said Damin Curtis, a Carlsbad resident, college student, and Sierra Club volunteer. “Cities across the region are moving toward clean energy, but building this plant moves us backwards. It’s expensive, dirty, and unnecessary. The PUC should make every feasible clean energy option available or at least allow them to bid on the project before giving into corporate interests that would worsen carbon pollution. In approving this carbon-spewing power plant, they’re failing my generation.”

Allowing this new proposal to move forward unchecked could set a dangerous precedent that could lock in more carbon pollution for decades and undermine California’s climate targets, Sierra Club and Earth Justice predict.

According to the California Air Resources Board, greenhouse gas emissions rose in 2012 for the first time since 2008 because of increased reliance on gas plants after San Onofre closed.

the carbon fraud is just that a fraud and yes accuracy and the TRUTH is important. time to wear the hair shirt and either generate ALL your own energy, get rid of ALL materials made from petroleum products and carbon and then spew the ridiculous ideas regarding carbon. also human beings are carbon based, going to sequester yourself?

All your points are unimportant. I don't care if the photo is accurate or not. I don't care if it is water steam or natural gas. THIS is what I care about: This project, which would emit over 840,000 tons of new carbon per year, is a huge slap in the face to these efforts and stands in stark contrast to San Onofre’s zero carbon emissions,” a press release issued by Earth Justice states. Instead of allowing the region to fall back to fossil fuels, Earthjustice and Sierra Club are pushing to replace old facilities with clean energy. We just finished a huge agreement in Paris, acknowledging that we need to try to stay below 1.5 degrees of warming. This isn't going to get us there. Thank goodness someone is taking action to prevent an unnecessary plant that would drastically increase climate change! We need 100% renewable energy!

natural gas plants do not smell ... any smell is from the fuel and that is minimal and comes from leakage. Yes my 33 years in the power generation world makes me call BS. Steam is not smoke and all steam facilities vent especially during a start up, shutdown, or emergency response. Natural gas does NOT produce smoke.

I have, at Huntington Beach.  I was surprised at how much steam it pours into the air, how noisy it was, and how foul the stench. You can view a photo of that one here, and it had even more smokestacks belching this crud when I was there a few years ago:  https://www.google.com/search?q=huntington+beach+natural+gas+plant&biw=1...

the piture is not showing natural gas being burned, natural gas does not smoke. they are either venting steam or this is a photoshop to deceive.